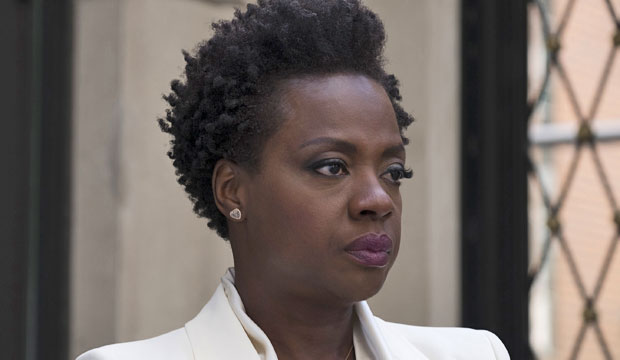 A heist film isn’t what you might expect from an actor and a director both in their Oscar followups. Filmmaker Steve McQueen won Best Picture for “12 Years a Slave” (2013), which was the first film from a black director ever to win the top prize. And Viola Davis won Best Supporting Actress for “Fences” (2016) on her third nomination, which made her the most nominated black actress in history. Now they have joined forces for “Widows,” an action thriller about women desperate to pay off the debts of their criminal husbands, who just went out in a literal blaze of glory after a job gone bad. So how does it compare to their Oscar-winning work?

Quite well, as it turns out. As of this writing it has a MetaCritic score of 86 based on 44 reviews, and on Rotten Tomatoes it’s rated 92% fresh based on 186 reviews. The Tomatometer critics consensus says it “rounds up a stellar ensemble for a heist thriller that mixes popcorn entertainment with a message — and marks another artistic leap for director Steve McQueen.”

Individual reviews are calling it “shrewd, socially attuned and bracingly observant.” It’s “tense and satisfying” with a “feminist bent.” And though the plot may be “a little too tangled” at times it proves an excellent showcase for its star. Davis is “superb,” “smoldering,” “unforgettably searing” and “incomparable.” If she earns another Oscar nomination it would place her back out front as the most nominated black actress with four bids (Octavia Spencer recently tied her earlier this year with her third bid for “The Shape of Water“). What’s more, Davis would become the only black actress with multiple nominations as a lead.

Does “Widows” sound like an Oscar contender to you? Check out some of the reviews below, and join the discussion on this and more with your fellow movie fans in our forums.

Ann Hornaday (Washington Post): “When it comes to the climactic sequence, ‘Widows’ succumbs to one or two lapses in logic; or maybe it moves so swiftly that viewers may not catch every nuance. Still, it proves how smarts and style can elevate even the pulpiest material into something shrewd, socially attuned and bracingly observant.”

Dana Stevens (Slate): “Working with ‘Gone Girl’ author Gillian Flynn, with whom he adapted the script from a 1980s British television series by ‘Prime Suspect’ creator Lynda La Plante, McQueen has created a tense and satisfying action drama with a decidedly feminist bent … The energy never flags when the wounded, smoldering Davis is on screen.”

Lindsey Bahr (Associated Press): “Who better to stare down the camera, and every seedy character the city of Chicago has to offer, from corrupt legacy politicians (Colin Farrell and Robert Duvall) to truly terrifying gang muscle (‘Get Out’s’ Daniel Kaluuya), than the incomparable Viola Davis? … It is Davis and her unforgettably searing intensity (and killer wardrobe) who owns ‘Widows’ from start to finish.”

Stephanie Zacharek (Time): “The plot becomes perhaps a little too tangled, involving, in addition to Manning and his thugs, a father-son duo (Robert Duvall and Colin Farrell) jockeying for power in the world of city politics. The complicated plot mechanics are necessary, in a way, but they still distract a little too much from Davis — who, as always, is superb — and the cast of women around her. And face it — that’s what we came for.”