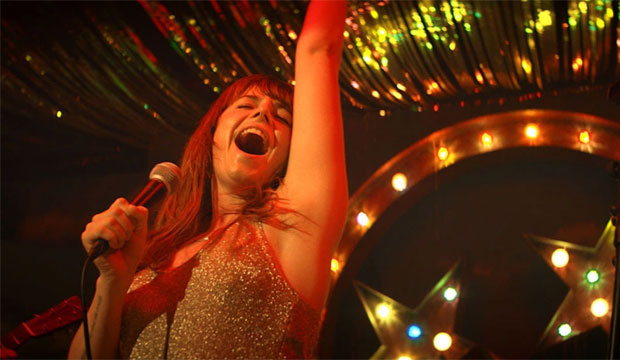 A dozen years after reaping a BAFTA bid for his short film “Cubs,” Tom Harper could be back in contention with the feature “Wild Rose,” which chronicles the life of a single mother from Glasgow who dreams of becoming a Nashville star. Jessie Buckley, who starred in Harper’s TV version of “War and Peace,” is very convincing as the title character. This Irish actress nails the Scottish accent and her is the sort of performance that the BAFTAs like to recognize – a strong leading lady performance in a small British drama.

Also in contention are two supporting actresses who add much to the movie. Oscar nominee Sophie Okonedo (“Hotel Rwanda”) plays Susannah, a wealthy woman who hires Rose as a house cleaner and befriends her, helping to realise her musical dreams. Curiously, Okonedo has never been nominated for a film BAFTA before, only for two TV BAFTAs. Perhaps that could change this year.

The second supporting actress is  national treasure Julie Walters who plays Rose’s mum Marion. Walters has been nominated for 15 BAFTAS in all – six for film, nine on the TV side. She has won six of those bids – four for TV and two for film  Best Actress for “Educating Rita” and Best Supporting Actress for “Billy Elliot”). She was nominated for both of those performances at the Oscars, too, but lost to Shirley Maclaine in “Terms of Endearment” and Marcia Gay Harden in “Pollock,” respectively. Oh, she also won a BAFTA Fellowship in 2014. At this rate, considering how much BAFTA love her, it would almost be more surprising if she wasn’t nominated for this film.

As with Buckley, these two supporting actresses are likely to earn British Independent Film Awards nominations. Okonedo has been nominated at BIFA twice – once for Best Supporting Actress for “Dirty Pretty Things” in 2002 and once for Best Actress for “Skin” in 2008. Walters has been nominated three times: Best Actress for “Billy Elliot” in 2000 and two recent Best Supporting Actress bids: for “Brooklyn” in 2015 and “Film Stars Don’t Die in Liverpool” in 2017. She also won the Richard Harris Award in 2013, so BIFA clearly like her.

Another likely nomination at BIFA is Best Debut Feature by a British Writer/Director/Producer for screenwriter Nicole Taylor, who I interviewed a few months ago after she won at the TV BAFTAS for “Three Girls.” This is Taylor’s first feature film screenplay and this is exactly the sort of work that gets nominated in this category. John Donnelly was nominated in this category for his feature film debut screenplay for “The Pass.” Taylor and “Wild Rose” would follow that trend.