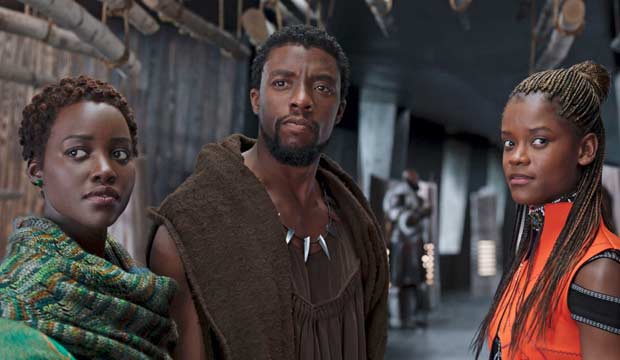 Imagine if four black filmmakers with four different backgrounds, viewpoints and styles somehow, some way ended up occupying four of the five Best Director slots on the 2019 Oscar ballot.

Consider if Spike Lee, a true original who has been too long overlooked by the academy save for nods  for his screenplay for 1989’s “Do the Right Thing” and his 1997 documentary “4 Little Girls” – as well as an honorary Oscar in 2015 – could actually win for “BlacKkKlansman.”

Think what would happen if “Moonlight’s” Barry Jenkins could vie again in the category for “If Beale Street Could Talk.” Howabout Ryan Coogler as the first director of any race to be recognized for a superhero adventure, especially one with nearly an all-black cast as is the case with “Black Panther”?  And what would happen if Steve McQueen of “12 Years a Slave” was allowed to pursue a directing prize for his female-centric heist thriller, “Widows”?

It could all come true, judging from the top-10 contenders picked by Gold Derby’s combined rankings of Experts, Editors and Users.  Right now, Mexico’s Alfonso Cuaron  — who previously won Best Director for 2013’s “Gravity” – is sitting pretty at No. 1 with “Roma,” his ode to his 1970s childhood south of the border thanks to 1,624 backers as well as 989 who think he will be the winner.

Why focus so much on the background of who is behind the camera? Because the only way that our world will be truly reflected in all its multi-cultural glory and promote understanding is if the whole of humanity is allowed access  to that most  American of art forms, cinema. Keep in mind, no black director has won an Oscar yet, even though five have tried:  John Singleton  for 1991’s “Boyz n the Hood,” Lee Daniels for 2009’s “Precious,” McQueen for 2013’s “12 Years a Slave,” Jenkins for 2016’s “Moonlight” and Jordan Peele for 2017’s “Get Out.”

At this point, it seems we haven’t even reflected 20th-century reality on the big screen, let alone the 21st when it comes to fair and equal representation of the population of our country as well as the world. But every step in the right direction should be applauded.