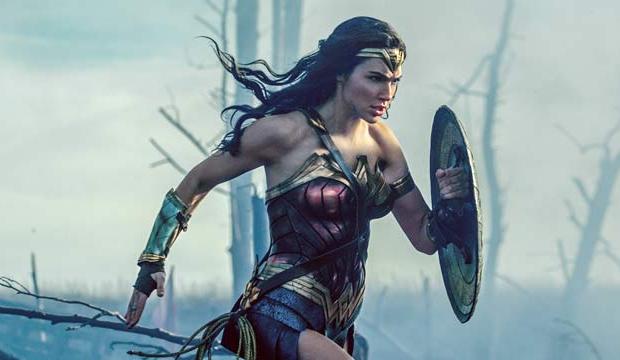 The film categories at the 2018 Screen Actors Guild Awards went as expected, except Best Stunt Ensemble, in which “Wonder Woman” upset odds-on favorite “Dunkirk.” This victory for the Gal Gadot blockbuster is extra curious because it’s not aggregately predicted for a single Oscar nomination on Tuesday, January 23. All 10 previous winning films of the SAG Award for stunts have received multiple Oscar nominations and most even went on to win at least one. Is the writing on the wall that “Wonder Woman” is bound for Oscar glory?

“Wonder Woman” has odds better than 100/1 in two categories: Best Sound Editing and Best Sound Mixing, both at 80/1. It recently received a Best Sound Mixing nomination from the Cinema Audio Society; the other four nominees — “Baby Driver,” “Dunkirk,” “The Last Jedi” and “The Shape of Water” — are favored for an equivalent Oscar nomination with “Blade Runner 2049,” which did not submit for CAS consideration and was nominated with those four for the BAFTA Award for Best Sound. Most CAS nominees go on to Oscar nominations; where they tend to disagree is comic-book adaptations. The Oscars have not nominated any such films for Best Sound Mixing this decade, but CAS nominated “Iron Man 3” (2013), “Guardians of the Galaxy” (2014) and “Doctor Strange” (2016) before “Wonder Woman.” No comic-book movies have been nominated for Best Sound Editing this decade either.

SEEHow often do the four SAG champions go on to win Oscars?

Three more categories to watch are Best Picture, Best Adapted Screenplay and Best Costume Design. The Producers Guild of America nominated “Wonder Woman” for Best Picture, significant because they nominated all nine Best Picture nominees last year among their own 10 nominees. However, the extra nominee was another comic-book movie: “Deadpool.” Although the USC Scripter Awards do not share voters with the Oscars like PGA or CAS, they are remarkably foretelling. Their five nominees for Best Adapted Screenplay last year were the exact five that received Oscar nominations (and they agreed on “Moonlight” as the winner). There are seven Scripter nominees this year, including “Wonder Woman.” Although the Oscars have never nominated a comic-book movie for Best Adapted Screenplay before, neither had the Scripter Awards. Critics’ Choice also does not share voters with the Oscars, yet is similarly foretelling. “Wonder Woman” received a Critics’ Choice Award nomination for “Best Costume Design;” Critics’ Choice predicted all five Oscar nominees for Best Costume Design last year.

Will “Wonder Woman” get an Oscar nomination? Make your predictions now and edit them until the announcement on January 23. Also predict other award shows like the Grammys, as well as reality shows like “Hell’s Kitchen.”