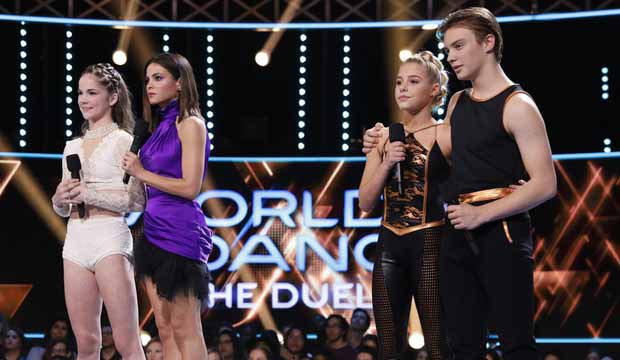 The “World of Dance” Duels started on July 25, and the first episode in the round ended with one of the season’s biggest shockers. Eva Igo, the young phenom who returned to the show after finishing as a close runner-up in season one, was knocked out by a couple of first-time competitors, Avery and Marcus. A week later our readers are still torn about the result. In fact, when we polled our readers they were split almost right down the middle.

Just a little over half of our respondents (51%) thought Igo was the rightful winner, but judges Jennifer Lopez, Ne-Yo and Derek Hough all scored Avery and Marcus slightly higher. That said, the other 49% backed the judges’ decision to send the standout newcomers to the next round. Avery and Marcus’s fans sounded off in our comments along with the die-hard Igo supporters. Read what some of them had to say below, and scroll down for the complete poll results.

Craig Washington: “For the second year in a row Eva was robbed by the judges. It is shameful that this show has no real integrity. This exceptional young dancer does not need this show. She is already a star.”

B E Levine: “Unfortunately Eva admittedly chose her toughest competitors, and therefore we have to accept that the tough newcomers did offer a rigorous new routine, which wowed the judges. I understand Eva is incomparable; at the same time I felt she has almost left herself nowhere to grow in the perfection of her choices of choreography.”

SEE‘World of Dance’: Aussie heartthrob Michael Dameski opens up about his ‘roller coaster of emotions’ [WATCH]

Alley: “I actually agreed with the judges. When they asked Eva to mix it up, they were referring to another emotion. Some of her steps were driven by emotion but made the landings less than perfect. The other couple finished each move with precision.”

Elizabeth Ulanova: “I actually COMPLETELY AGREE with the judges’ decisions. Eva’s good, but she can’t come back with the SAME routines and technique. All props to Avery and Marcus!” 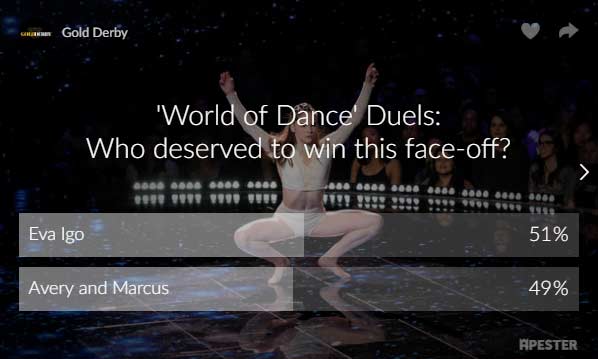