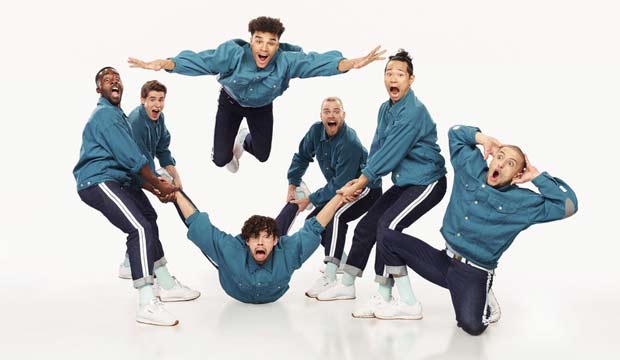 Who advanced on June 12 as “World of Dance” entered its third week of “The Qualifiers”? Dancers from across the globe representing various ages and styles took the stage in the hopes of scoring an average of 80 points or more from judges Jennifer Lopez, Derek Hough and Ne-Yo. Performers who reached that threshold advanced to the head-to-head “Duel” rounds. Scroll down for our live blog with all the minute-by-minute developments.

Seven performances aired during the season premiere, and we saw another six in week two. All but one of those advanced to the next round, and the competition is already looking pretty fierce. So far the highest scoring performance was by the Upper Division duo of Karen y Ricardo, who received remarkable perfect scores of 100 from Ne-Yo and Lopez and a 99 from Hough for an average of 99.7.

But there have been other standouts as well. Week one also featured Upper Team Division troupe Desi Hoppers and Junior Division duo Sean and Kaycee, who both averaged 96 from the judges. None of the week-two performances scored that high, but “Qualifiers 2” did give us a couple of Junior Team Division contenders to watch out for: the Fabulous Sisters from Japan and the hip-hop group The Lab, who scored 94.7 and 94, respectively.

Were there any more perfect scores in tonight’s show? Do you think we’ve already seen the dance act that will win the million-dollar grand prize at the end of the season? Follow along below with all of tonight’s developments as they happen starting at 10:00pm Eastern.

Keep refreshing this page for this latest updates

10:06 p.m. – The Ruggeds are up first, a B-boy crew from the Netherlands who have been self-taught throughout youth centers and small gyms. They’ve competed all over the world, won over 40 titles and worked with artists like Justin Bieber and Rita Ora along the way. The seven-man crew are all dressed in track suits and immediately show off their athleticism with some gymnastics before breaking out into some sick B-boy moves. The high energy crew certainly brought the funk, but overall they will have to do more than this if they want to last in the competition.

10:07 p.m. – Ne-Yo was not happy with transitions. Jennifer agreed that they need to dance between their tricks, but enjoyed the performance overall. Derek added that they just need to add some finesse if they move forward. For their scores, Ne-Yo rated them an 82, Jennifer an 83 and Derek an 85 for an average score of 83.3. The Ruggeds are moving forward!

10:15 p.m. – Josh & Taylor are a teenage hip-hop duo that has been working together for five years. Jenna commented that last year the youth groups suffered from low creativity scores so Josh & Taylor definitely need to bring their A game. Dressed in sleek, coordinated outfits, Taylor starts out on a chair, which they use as a prop throughout the performance. Their moves are tight and synchronized and they create shapes I don’t think I’ve seen before. It wasn’t my favorite performance, but this duo knows how to move. By the end of the performance, the judges were on their feet.

10:17 p.m. – Ne-Yo commented that both of them competed last season as well, but in separate crews. Jennifer said the two of them definitely came together for the right reason and “magic happened.” Derek loved the creativity and their use of the prop. For their scores, Ne-Yo gave them a 94, Jennifer a 94 and Derek a 92 for an average score of 93.3. Josh & Taylor are sailing into the next round!

10:24 p.m. – Up next is a locking group from South Korea, Lock ‘N LOL Crew. They love soul and funk music and look ready to bring the noise to the stage! Dressed in black and yellow suits, they kick things off with quick footwork that seems a bit “ho-hum” overall before they really take things up a notch with their locking steps combined with classic 1960’s dance moves. They even had a quick-change of costume to boot! That was fun!

10:27 p.m. – Jennifer called it “pure entertainment” and that if they stick around they need to keep that entertainment value rising because pop ‘n locking can get repetitive. Ne-Yo felt they lost energy as the dance progressed, but thought they did a great job overall. Derek enjoyed their formation and knee work. For their scores, Ne-Yo gave them 80, Jennifer 79 and Derek an 84 for an average score of 81. Lock ‘N LOL Crew made it through by the skin of their teeth!

10:35 p.m. – Midway through this episode, it’s time for Michael Dameski, a contemporary dancer hailing from Australia. He states that the opportunities in Australia are limited; if you want to further your success in dance you need to prove yourself in America. Michael emerges in a classic contemporary look: shirtless with denim jeans. He wastes no time showing off his lines and flexibility before throwing himself into an aerial and flying around the stage with pure athleticism. It could have used a bit more choreography, but it’s hard not to marvel at someone with his level of ability. That was impressive. The judges are on their feet!

10:37 p.m. – Derek loves Michael’s passion. Jennifer called it “gorgeous” and said he looked as if he was flying and felt “dangerous and exciting.” Ne-Yo enjoyed his musicality and said anyone who shows up with no shirt knows they’re a beast. For their scores, Ne-Yo gave him 90, Jennifer 95 and Derek 93 for an average of 92.7. Michael is flying into the next round!

10:45 p.m. – Up next is LD Dance Company, a Latin dance team from Texas. These outfits and headdresses are winning the night for me! This crew definitely looks fierce. But while they look great, they don’t seem to be owning the stage with their moves. There wasn’t enough variety. I don’t think this team will make the cut.

10:47 p.m. – Derek felt that the moves were limited and isn’t sure it’s enough. Jennifer said it was fun, but didn’t have the level of creativity they are used to seeing. For their scores, Ne-Yo gave them 79, Jennifer 73 Derek 71. Unfortunately, they won’t be moving forward.

10:50 p.m. – Next is a junior dance team called the Rascals. They can only afford to travel to one dance competition each year and are determined to take advantage of this opportunity. Right out of the gate, the team hits this hip-hop routine HARD and combines gymnastics, synchronicity and pure STANK FACE for the win. It was full of personality.

10:52 p.m. – Jennifer told the kids that they need to become more polished if they advance to the next round. For their scores, Ne-Yo gave them 83, Jennifer 83 and Derek 88 for an average score of 84.7. Rascals are through! But how could you not predict a positive outcome as “How Far I’ll Go” from “Moana” began playing as we waited for the judges scores? Now that would have just been cruel to send them home to that song.

10:57 p.m. – The final group of the night is the Elektro Bots from Arizona, a three-man crew of robotic dancers. One of the members recently lost his mother and is dedicating this performance to her. They’re determined to pursue the dream she helped them all chase. These three are so synchronized it’s insane. I love this dance style so much because I just can’t understand how anyone moves their body like this. To do it as a three-person tandem is even more impressive. This move where one spins between the other two like a wheel is crazy! That was my favorite performance of the night. Bravo!

10:59 p.m. – Ne-Yo said he wouldn’t be shocked if someone cut their arms off and wires came out. He loved the personality in the performance. Jennifer loved the narrative and said they “smashed it.” Derek loved how intricate their moves were and was impressed with their tricks. For the scores, Ne-Yo gave them a 93, Jennifer an 88 and Derek an 86 for an average score of 89. They’re moving forward! If it were up to me they would have gotten the highest score of the night. That’s a wrap for Episode 3!