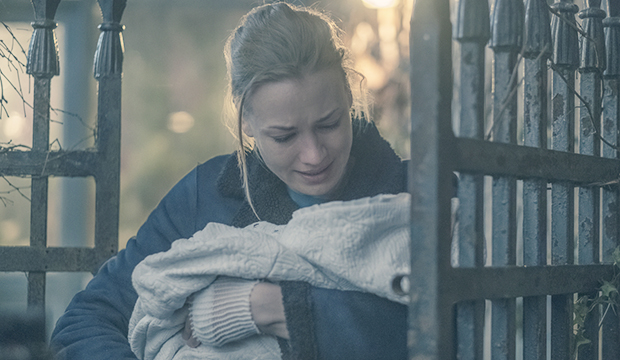 Yvonne Strahovski received her first Emmy nomination this year in Best Drama Supporting Actress for her scene-stealing performance as Serena Joy in the second season of “The Handmaid’s Tale.” While Thandie Newton (“Westworld”) ended up taking home the statuette, Strahovski could snag her first piece of hardware for the Hulu drama at the Golden Globe Awards.

In the past, many Emmy losses have translated into subsequent Golden Globe wins. For example:

Could Strahovski’s snub at last season’s Golden Globes hurt her chances this year? Not necessarily. The only “Handmaid’s” supporting actress to be nominated at last year’s Globes was Ann Dowd, who had just come off her Best Drama Supporting Actress Emmy win. Dowd’s character, Aunt Lydia, sent chills down viewers’ spins in the show’s first season and quickly became one of 2017’s breakout characters. While Dowd continued to scare us as Aunt Lydia in the second season, it was really Strahovski who emerged as the MVP. As one of Gilead’s main orchestrators, Serena Joy is arguably one of the show’s most complicated and controversial characters. Nevertheless, Strahovski’s layered, nuanced performance managed to evoke sympathy for Serena by the end of the season, which isn’t an easy task to do.

The Hollywood Foreign Press Association also likes to be the first group to recognize a performer, especially for a breakthrough turn like Strahovski’s.” While both Elisabeth Moss (Best TV Drama Actress) and the series (Best Drama Series) won their categories last year, Dowd lost to Laura Dern (“Big Little Lies”) in the joint Supporting Actress category. Hence, the HFPA has not awarded a supporting “Handmaid’s” actress yet, which it could finally do now with Strahovski.

According to our combined Golden Globes TV odds, Strahovski is in fifth to win Best Supporting Actress in a Series, Limited Series or Movie with odds of 8/1, just behind Alex Borstein (“The Marvelous Mrs. Maisel”), Newton, Patricia Clarkson (“Sharp Objects”) and Penélope Cruz (“The Assassination of Gianni Versace: American Crime Story”).