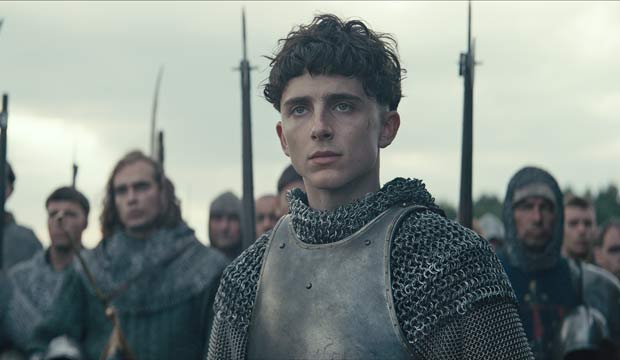 Nominations for the 9th annual Australian Academy of Cinema and Television Arts (AACTA) Awards were unveiled in Sydney on Oct. 23, with Jennifer Kent‘s “The Nightingale” sweeping the film nominations with 15 nominations. The period thriller follow-up to Kent’s horror directorial debut “The Babadook” was followed closely by Anthony Maras‘ true story thriller “Hotel Mumbai” and Oscar nominee David Michod‘s Netflix period picture “The King,” with 13 bids apiece. On the TV side, gothic period drama “Lambs of God” shattered AACTA records with 14 nominations across TV categories, with an additional four subscription television award nominations. Winners will be revealed at a luncheon on Dec. 2 and a ceremony two days later.

Other nominees this year include Timothee Chalamet (“The King”), Dev Patel (“Hotel Mumbai”), Ben Mendelsohn (“The King”), Hilary Swank (“I Am Mother”), Ann Dowd (“Lambs of God”), Rachel Griffiths (“Total Control”) and Jacki Weaver (“Bloom”). Previous AACTA Award winner Damon Herriman made AACTA history this year by earning a record four individual nominations as a performer for his roles in the films “Judy & Punch” and “The Nightingale” and his work in TV on “Lambs of God” and FX’s “Mr Inbetween.” In the Best Asian Film category, the Korean Oscar frontrunner “Parasite” was also nominated in a field of nine films from across the continent.

The Australian academy announces nominations for its local industry prizes a few weeks before it unveils its contenders for the International Awards, which are held separately in Los Angeles each year across seven categories: Best Film, Best Direction, Best Screenplay, Best Lead Actor, Best Lead Actress, Best Supporting Actor, Best Supporting Actress. Those nominations will likely include many of the films and performers jostling for attention in this crowded pre-Oscars awards season, as the AACTAs continue to position themselves as an Oscar bellwether like their BAFTA brethren have done in recent years in the mother country.

SEE ‘The King’ reviews: Is Timothee Chalamet ‘hypnotic’ in Shakespearean Netflix epic, or too ‘droopy’ for the crown?

Below are the nominees in the top film categories.