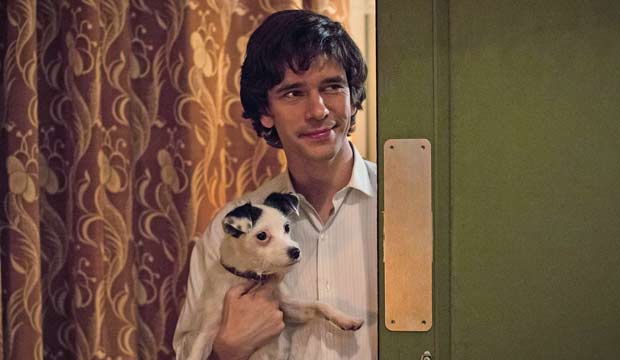 “A Very English Scandal” won big at a very English (or should we say, British) ceremony at the BAFTA TV Craft Awards on April 28. “A Very English Scandal,” which depicts British Liberal Party leader Jeremy Thorpe conspiring to murder his gay ex-lover and his subsequent 1979 trial, won three awards, the most of any show of the night, edging out two-time champs “Killing Eve” and “Patrick Melrose.” As with the Creative Arts Emmys, these awards celebrate achievements in categories ranging from production and costume design to titles and graphics. The craft kudos could be a preview of the main ceremony on May 12.

Stephen Frears won Best Director (Fiction) for “Scandal” over, among others, Harry Bradbeer for “Killing Eve” and Thomas Vincent for “Bodyguard.”For recreating the looks of the 1960s and 1970s in “Scandal,” Suzanne Cave claimed Best Costume Design. For her deft cutting of the limited series, Pia Di Ciaula took home the Best Editing Fiction prize, beating out “Killing Eve,” Netflix’s “Bandersnatch,” and the Golden Globe-winning “Bodyguard.” And

This haul tees up “A Very English Scandal” to have a very good night on the 12th of May. Ben Whishaw has already won a Golden Globe for Best Supporting Actor and is the favorite to take home the same award at the BAFTAs. He’s up against Alex Jennings, who also appeared in “A Very English Scandal” but is nominated for “Unforgotten,” Stephen Graham (“Save Me”), and Kim Bodnia (“Killing Eve”).

The nation delighted in watching  Hugh Grant devour the role of Thorpe, one which he clearly loved, and it’s about time he was given a BAFTA for his fine TV work. However, Benedict Cumberbatch-could prevail for “Patrick Melrose,” which proved popular at the Craft Awards with wins for Best Production Design and Best Writing (Drama) with David Nicholls winning over frontrunners Phoebe Waller-Bridge (“Killing Eve”) and Russell T. Davies (“A Very English Scandal”). Nicholls was, to say the least, moved by his victory and had to take a moment to himself to gather his emotions. It was actually rather sweet – he was clearly overwhelmed with gratuity.

“Killing Eve,” meanwhile, will be up against “Bodyguard” in Best Drama Series. There are no prizes for guessing which of those is expected to take home the prize but don’t entirely count “Bodyguard” out. It’s surprised at every awards group so far, even traveling across the pond to win Richard Madden Best Actor in a Drama Series at the Golden Globes. It’s a much-loved show, and it would not be the shock of all shocks if it beat “Killing Eve,” which somewhat underperformed with only two victories at the crafts.