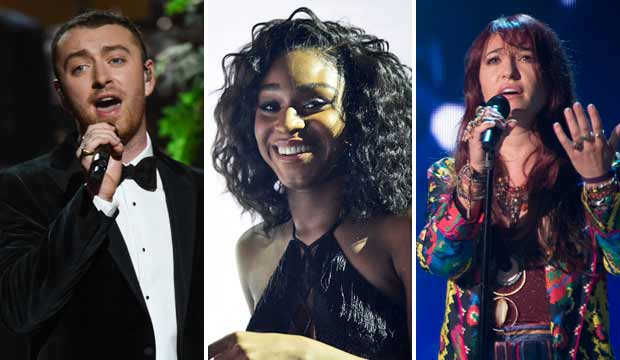 The Billboard Music Awards recently announced their 2019 nominees, and now they have revealed their first batch of performers who will take the stage during the telecast hosted by Kelly Clarkson on May 1. Clarkson is one of those performers, along with Lauren Daigle, Khalid, Panic! At The Disco, Sam Smith and Normani.

Panic! at the Disco and Daigle are first-time performers at these awards, and both could also take home prizes. Panic! is up for four awards: Top Duo/Group, Top Rock Artist, Top Rock Album (“Pray for the Wicked”) and Top Rock Song (“High Hopes”). Meanwhile, Daigle is a three-time nominee: Top Christian Artist, Top Christian Album (“Look Up Child”) and Top Christian Song (“You Say”). Daigle also recently won a pair of Grammys for that album and song.

Smith is a three-time Billboard winner, but he too will be a first-time performer at this event. He’ll take the stage alongside Normani, with whom he collaborated on their recent single “Dancing with a Stranger.” Normani is also nominated twice at these awards for her previous collaboration, “Love Lies” with Khalid (Top Radio Song and Top Collaboration).

Khalid has four other Billboard nominations this year in addition to his bids with Normani, bringing him to a total of six. That includes Top R&B Artist and Top R&B Album (“American Teen”).

Who are you most looking forward to seeing when the awards are handed out? They’ll be presented at the MGM Grand Garden Arena in Las Vegas during a three-hour show to be broadcast by NBC.