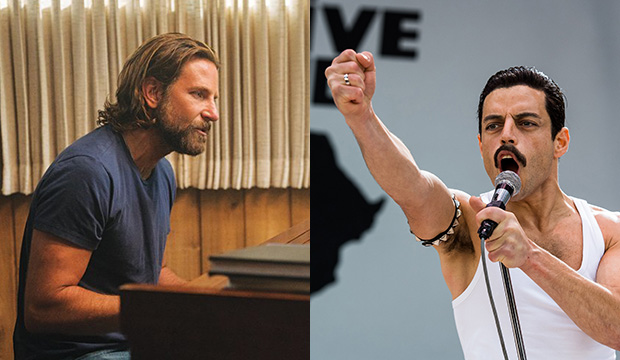 The Cinema Audio Society Awards put us on notice that “A Star is Born” may not be the Academy Awards frontrunner for Best Sound Mixing that we think it is. Bradley Cooper‘s remake of this Hollywood classic lost to its main Oscar rival, “Bohemian Rhapsody,” at these precursor prizes on Saturday (February 16).

This musical biopic of Queen frontman Freddie Mercury also bested two of the other Oscar nominees — “Black Panther” and “First Man.” The fifth CAS contender was “A Quiet Place,” which was snubbed by the sound branch of the academy in favor of “Roma.”

“Isle of Dogs” won for best sound mixing in an animated feature over “The Grinch,” “The Incredibles 2,”“Ralph Breaks the Internet” and “Spider-Man: Into the Spider-Verse.” And the documentary feature went to “Free Solo” over “Fahrenheit 11/9,” “Quincy” and two films directed by Morgan Neville, “They’ll Love Me When I’m Dead” and “Won’t You Be My Neighbor?”

On the TV front, the winner among half-hour shows was the music-themed “Mozart in the Jungle”  over“Ballers,” “Barry,” “Modern Family,”and “Silicon Valley.” The hour-long champ was “The Marvelous Mrs. Maisel,” which bested “Better Call Saul,” “The Handmaid’s Tale,”“Ozark” and “Westworld.”

The 54th annual Cinema Audio Society Awards were presented on February 16 at the InterContinental Hotel in Los Angeles. The lifetime achievement honor was given to Lee Orloff while Steven Spielberg got the filmmaker award.

Be sure to make your Oscar predictions so that Hollywood studio executives and top name stars can see how their films are faring in our Academy Awards odds. Don’t be afraid to jump in now since you can keep changing your predictions until just before winners are announced on February 24. And join in the fierce debate over the 2019 Oscars taking place right now with Hollywood insiders in our film forums. Read more Gold Derby entertainment news.