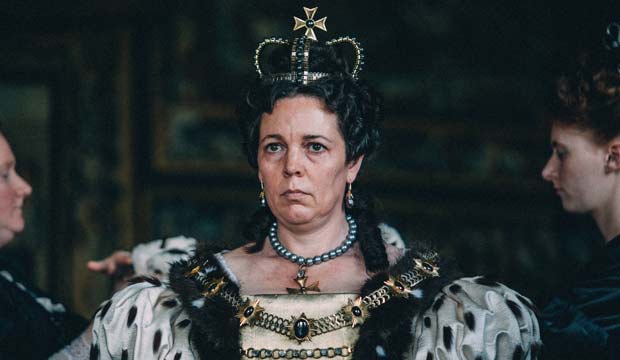 Four of our five predicted nominees for Best Costume Design at the Oscars — “Black Panther,” “The Favourite,” “Mary Poppins Returns” and “Mary Queen of Scots” — reaped bids for the Costume Designers Guild kudos. While our fifth contender – “Fantastic Beasts: The Crimes of Grindelwald — was snubbed, fans of that film should take heart from the fact that these awards often overlook one of the Academy Awards nominees. However, the CDG has a stellar track record at honoring the eventual Oscar winner.

Our Oscar frontrunner “The Favourite” as well as third and fourth-ranked “Mary Poppins Returns” and “Mary Queen of Scots” contend for best period costumes as do “BlacKkKlansman” and “Bohemian Rhapsody.”

Besides the second-ranked Oscar contender “Black Panther,” the fantasy film nominees are “Aquaman,” “The Avengers: Infinity War,” “The Nutcracker and the Four Realms” and “A Wrinkle in Time.”

And the contemporary costume nominees are “Crazy Rich Asians,” “Mamma Mia! Here We Go Again,” “Ocean’s 8,” “A Star Is Born” and “Widows.”

The winner of the period film CDG prize tends to repeat at the Oscars. However, that has not been the case for the last two years running. In 2018, “The Shape of Water” won with the guild but it was “Phantom Thread” that prevailed at the Oscars. And in 2017, the academy went with the fantasy film “Fantastic Beasts and Where to Find Them.”

The last fantasy films to prevail at the Oscars prior to that were “Alice in Wonderland” in 2010 and before that “Lord of the Rings: The Return of the King” in 2003. And the last contemporary movie to win the Academy Award for Best Costume Design was “The Adventures of Priscilla, Queen of the Desert” in 1994.

The 21st edition of these kudos, which also honor costume design in television and commercials, will take place at the Beverly Hilton on Feb. 19.