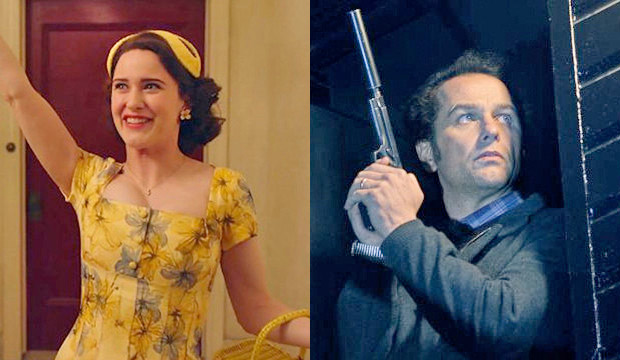 When the 2019 Critics’ Choice TV Awards air Sunday, January 13 on the CW network, expect the big winners to be Amazon’s comedy “The Marvelous Mrs. Maisel” and FX’s drama “The Americans.” Both series are predicted to take home three trophies apiece, dominating all other programs this year. (See Gold Derby’s racetrack odds.) Taye Diggs (“All American”) hosts the combined TV/film awards show that airs from 7:00 p.m. to 10:00 p.m. on the east coast and will then be tape-delayed for the west coast. Below, find our official predictions in all 17 television categories.

The three other program categories honored by the Critics’ Choice Awards are Best TV Movie, Best Limited Series and Best Animated Series. “Jesus Christ Superstar” is expected to win the telefilm race (especially since Emmy champ “USS: Callister” is not eligible). Limited series “The Assassination of Gianni Versace” should continue its awards show sweep following victories at the Emmys and Golden Globes. And “Bojack Horseman” is predicted to win its third trophy here after victories in 2015 and 2016.

Finally, there’s the four acting races for limited series/TV movies. Best Actress is predicted to go to Amy Adams (“Sharp Objects”), who just lost the Golden Globe in a bit of an upset to Patricia Arquette (“Escape at Dannemora”). The Best Actor prize should go to Darren Criss (“The Assassination of Gianni Versace”), mimicking the Emmys and Globes. And the trophies for Best Supporting Actress and Best Supporting Actor are forecasted to go to Patricia Clarkson (“Sharp Objects”) and Ben Whishaw (“A Very English Scandal”), respectively.