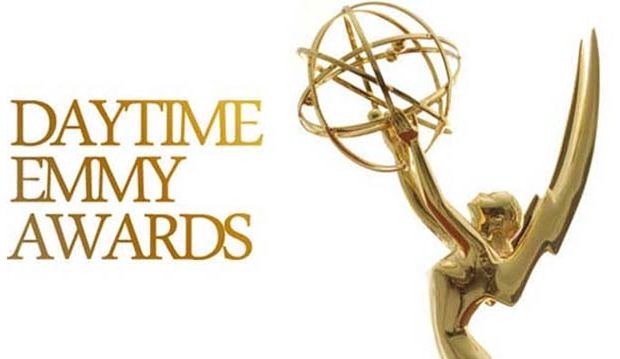 The 46th Annual Daytime Emmy Awards nominations honoring the best in daytime television were announced on Wednesday, March 20, live on the CBS talk show “The Talk.” Winners will be revealed at  the Creative Arts Daytime Emmys on Friday, May 3 and the main ceremony on Sunday, May 5. So who made the cut for these awards? Scroll down for the complete list and read our full report.

The Daytime Emmy Awards cover a wide variety of programming including soap operas, talk shows, game shows, children’s shows, animation and more. In recent years the awards have also expanded into the online streaming realm, just like their primetime counterparts, so digital drama series and programs from Netflix and Amazon are also represented.

The awards for dramatic acting are unique as they undergo an extra pre-nominations phase of voting. TV academy members watched short sample clips of all entrants for lead and supporting awards. The top 10 vote-getters in each category became the pre-nominees, who then submitted performance reels up to 20 minutes in length for review by blue ribbon panels who decided the final nominees and winners in one round. The contenders in younger acting categories skipped the initial round: all eligible candidates in those two races  became automatic pre-nominees and went straight to the blue ribbon round.

In the marquee race for Best Drama Series, “Days of Our Lives” is the reigning champ but it is “General Hospital” that is the all-time record-holder with 13 victories. The other two nominees are “The Bold and the Beautiful,”  and “The Young and the Restless” Will there be record-extending victories for “Jeopardy” (16-time winner for Best Game Show) and “The Ellen DeGeneres Show” (combined 10-time winner for Best Talk Show and Best Entertainment Talk Show). Check out the complete list of nominations below.

Refresh this page for the most up-to-date nominations

Peter Bergman, as Jack Abbott
The Young and the Restless, CBS

Tyler Christopher, as Stefan DiMera
Days of Our Lives, NBC

Billy Flynn, as Chad DiMera
Days of Our Lives, NBC

Heather Tom, as Katie Logan
The Bold and the Beautiful, CBS

Bryton James, as Devon Hamilton
The Young and the Restless, CBS

Eric Martsolf, as Brady Black
Days of Our Lives, NBC

Greg Rikaart, as Leo Stark
Days of Our Lives, NBC

Linsey Godfrey, as Sarah Horton
Days of Our Lives, NBC

Martha Madison, as Belle Black
Days of Our Lives, NBC

Beth Maitland, as Traci Abbott
The Young and the Restless, CBS

Mishael Morgan, as Hilary Curtis
The Young and the Restless, CBS

Kyler Pettis, as Theo Carver
Days of Our Lives, NBC

Zach Tinker, as Fenmore Baldwin
The Young and the Restless, CBS

Victoria Konefal, as Ciara Brady
Days of Our Lives, NBC

Wayne Brady, as Dr. Reese Buckingham
The Bold and the Beautiful, CBS

Kate Mansi, as Abigail Deveraux
Days of Our Lives, NBC

Thaao Penghlis, as Andre DiMer
Days of Our Lives, NBC

BEST GAME SHOW
“Family Feud
“Jeopardy”
“Let’s Make a Deal”
“The Price is Right”
“Who Wants To Be a Millionaire?”

BEST SPECIAL CLASS SERIES
“Close Up With The Hollywood Reporter”
“Lucky Dog with Brandon McMillan”
“Mysteries & Scandals”
“To Life: How Israeli Volunteers Are Changing the World”
“Variety Studio: Actors on Actors”
“Working in the Theatre”