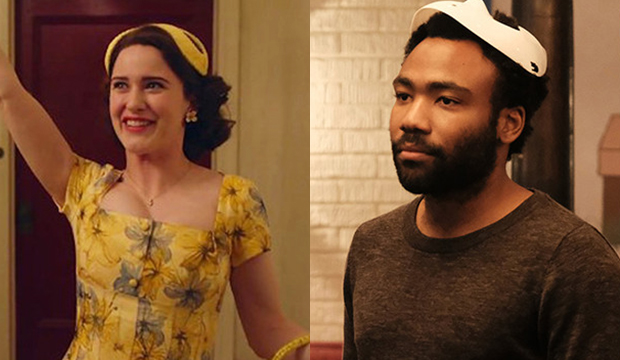 Comedy series creators dominate this year’s roster of Directors Guild of America TV awards nominees. Donald Glover is contending for an episode in the sophomore season of “Atlanta,” which also reaped a bid for Hiro Murai. Both Amy Sherman-Palladino and her husband Daniel Palladino vie for installments in the second edition of  “The Marvelous Mrs. Maisel.” And Bill Hader is nominated for the pilot of “Barry.”

Among the TV drama helmers is Adam McKay for an episode of “Succession.” He could well be a nominee for his film “Vice” as well. He contends here against “Ozark” star Jason Bateman, long-time “Homeland” helmer Lesli Linka Glatter, Chris Long for “The Americans” series finale and Daina Reid for a second season episode of “The Handmaid’s Tale.”

On the telefilm/limited series side, Barry Levinson made it a lucky 13 DGA nominations with his bid for “Paterno.” He faces off against Cary Joji Fukunaga (“Maniac”), David Leveaux and Alex Rudzinski (“Jesus Christ Superstar”), Ben Stiller (“Escape at Dannemora”) and Jean-Marc Vallee (“Sharp Objects”).

Winners will be revealed, along with those on the film front, at the 71st annual DGA Awards on Feb. 2 at the Beverly Hilton. Last year director Judd Apatow stepping out from behind the camera to host.