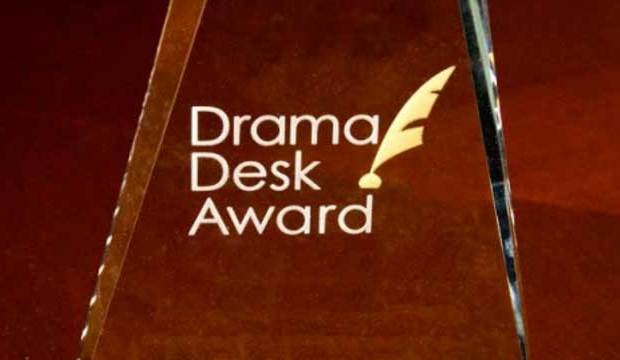 The current revival of “Oklahoma!” scored the most Drama Desk love with a whopping 12 nominations. Not far behind was the stage adaptation of “Tootsie” with 11. Bu even with those tallies, Broadway shows were shut out in several top categories, including includes Lead Actor in a Play. That Tony Awards race may be stacked, but the Drama Desk nominating committee spurned big names like Bryan Cranston and Jeff Daniels and cited only Off-Broadway performances.

The vehicles for those two stars (“Network” and “To Kill a Mockingbird” respectively) similarly couldn’t crack the Best Play lineup. Despite a stellar year for new plays on Broadway, the only Tony eligible productions the Drama Desk voters invited to the party were Jez Butterworth’s Irish epic “The Ferryman” and Heidi Schreck’s acclaimed auto-drama “What the Constitution Means to Me” (which transferred from Off-Broadway within the same season).

Big names on Broadway were shut out of Lead Actress in a Play as well. They tossed aside Annette Bening (“All My Sons”) and the revered Glenda Jackson (“King Lear”) in favor of critical darlings Midori Francis (“Usual Girls”) and Zainab Jah (“Boseman and Lena”) from smaller theatres. Jackson’s “Lear” co-star Ruth Wilson is one of the few A-Listers to make the cut for her dual featured roles of Cordelia and The Fool, and looks like a serious Tony challenger.

If you were hoping for Tony tea leaves in the fluid Play Revival race, this group didn’t clear up much. Kenneth Lonnergan’s “The Waverly Gallery” is the only Tony eligible Broadway revival in this lineup. As spring revivals draw so-so reviews, this acclaimed drama is an increasingly strong contender for the Tony despite its early closing. The Drama Desk filled out the category with celebrated Off-Broadway runs, including two Signature Theatre productions and the National Asian American Theatre Company’s version of “Henry VI.”

This awards body honors theatrical work presented of Broadway, Off-Broadway, and Off-Off Broadway during the 2018-2019 season. To that end, current Broadway productions in contention at the Tonys which had previously been considered for their previous Off-Broadway runs were only eligible for new material and elements. This ruled out “Choir Boy,” “Hadestown,” and “Torch Song” in the top categories.

Where shows had both an Off-Broadway and Broadway production within the same season the two were considered jointly. Among those so eligible: “Be More Chill,” “The New One,” “Oklahoma!,” and “What the Constitution Means to Me.”

The 64th Annual Drama Desk Awards will take place on June 2nd at Town Hall and will be hosted by Michael Urie. Read the full list of nominations below.

SEE Look at how close that Tonys race is! ‘Oklahoma!’ and ‘Kiss Me, Kate’ in close combat for Best Musical Revival

Best Actress in a Play
Midori Francis, “Usual Girls”
Zainab Jah, “Boesman and Lena”
Elaine May, “The Waverly Gallery”
Laurie Metcalf, “Hillary and Clinton”
Heidi Schreck, “What the Constitution Means to Me”

Unique Theatrical Experience
All is Calm: The Christmas Truce of 1914, Theater Latté Da/Laura Little Theatrical Productions/The Sheen Center
Love’s Labor’s Lost, Shake & Bake
The B-Side: “Negro Folklore from Texas State Prisons,” The Wooster Group
What to Send Up When It Goes Down, The Movement Theatre Company