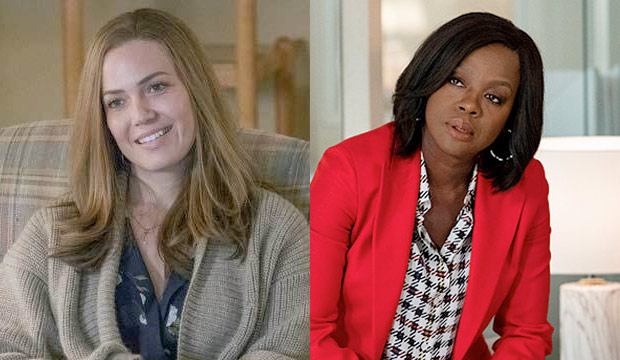 Following Thursday’s announcement of the 2019 Emmy nominations, Gold Derby readers are busy expressing their fiery anger and endless joy over the drama categories in our TV forums. Of note, people are excited about the nominations for Mandy Moore (“This Is Us”) and Viola Davis (“How to Get Away with Murder”). And they’re scratching their heads over egregious snubs for Richard Madden (“Bodyguard”) and Susan Kelechi Watson (“This Is Us”). See some of their reactions below and then be sure to join the discussion to give us YOUR thoughts.

Zooey the Dramer: These nominations are AWFUL. GAME OF THRONES got everything for a horrific season.

Tyler: These Drama nominees are such a mess I’m disgusted.

probablyROB: If something like Better Call Saul could sneak out the win that would be awesome but we all know who is going to win everything in drama.

Ivo Stoyanov: I told you that voters ARE watching This Is Us, two years of jokes and mocking on this forum towards me for that claim finally came to fruition.

Nate: How did Bodyguard only get in for series and for writing?

Thatcher: Darlings, Pose got the nod as she deserved.

SEE‘Game of Thrones’ makes Emmy history with 32 nominations, more than any drama ever

Rachel: Richard got snubbed… Kit and Emilia got in though.

Tyler: I’m so appalled with Kit getting in and not Richard. Like APALLED.

Marcus Snowden: How can you nominate Bodyguard for Drama Series and NOT nominate Richard Madden?

probablyROB: I got Drama Actor predicted 100% and I didn’t even like who I picked that much.

SEEEmmys for ‘Outlander’? Not this year. Voters skunk Sam Heughan and Caitriona Balfe yet again

boss: There are 7 nominees but no place for Julia Roberts?! At least they nominated Jodie Comer.

paulsonalypse: VIOLA DAVIS DID THAT!!!!!!

Atypical: Mandy Moore, bitches!!! Get it, “This Is Us”! It’s not going anywhere.

Matthew anzalone: My risk of leaving mandy moore in drama actress paid off.

ChargerFan: Robin Wright has now been nominated for every season of House of Cards (6). Quite a feat! I am so happy!

kellis: YES to all the Game of Thrones girls making it in. Shaw over McTeer and everyone else is criminal though.

Pulp: I was just thinking last night Chris Sullivan could sneak in, should have predicted him. That category sucks BTW.

AWDubay: Do mandy moore and chirs sullivan make this is us the only show where every cast memeber has been nominated … like wow.

Atypical: Chris Sullivan over Justin Hartley? Like, wow. So glad “This Is Us” is expanding its acting branch support, but still.

AayaanUpadhyaya: Lena Headey might actually win this after all. With such an overperformance, and with Ozark underperforming (no Mulan, no McTeer), maybe the support is enough to overcome this type of vote splitting?

Julian14: Game of Thrones is gonna sweep. I just hope Headey, van Houten en Clarke are included in that sweep.

Reis: No way Lena will win this. If there are someone that will get passion votes will be Maisie or Gwendoline, the fan favorites of this season, not Lena.