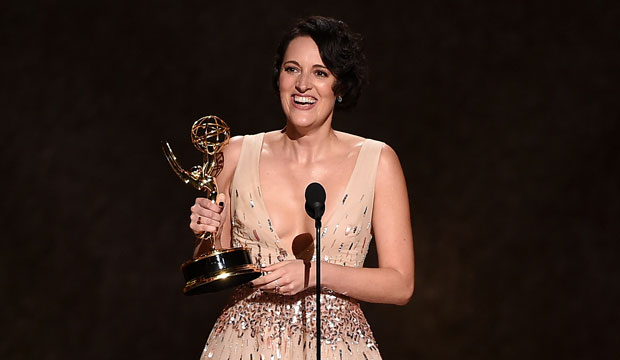 As the dust settles on the 71st Annual Emmy Awards, viewers are catching their collective breath after a series of surprises during the ceremony. This TV awards season was always destined to be unpredictable with HBO’s Emmy darling “Veep” returning to the race after taking a year off. And both it and “Game of Thrones” were competing for their final seasons.

But they faced a slew of newer favorites like “Fleabag,” “Killing Eve” and “The Marvelous Mrs. Maisel.” Our top pundits put forth their best effort to divine the outcomes of these competitive races, but the Emmys lived up to their reputation for providing unanticipated results. Check out the complete list of winners here, and keep reading for the top five most shocking moments from the 2019 ceremony.

SEE 2019 Emmy winners: Full list of nominees and winners in all 27 categories

“Oh my god, no!” exclaimed a gobsmacked Phoebe Waller-Bridge. The “Fleabag” creator and star capitalized on the incessant buzz for her series to take down reigning champ Rachel Brosnahan (“The Marvelous Mrs. Maisel”) and Emmy queen Julia Louis-Dreyfus (“Veep”) to claim the Best Comedy Actress prize.

Many pundits thought that Louis-Dreyfus would make history with a record-breaking seventh win for “Veep” and become the most Primetime Emmy-winning actor of all time. But with one funny and heartfelt speech, Waller-Bridge stomped on “Veep’s” Emmy dreams and the HBO series went home empty-handed.

Most pundits favored Patricia Clarkson (“Sharp Objects”) to claim Best Movie/Limited Supporting Actress. But after the combined “Game of Thrones” cast presented the nominees, Patricia Arquette was declared the winner for her deranged turn in “The Act.” She began her speech by commenting on how weird it all was to be standing up there with the inhabitants of Westeros and noted that she was grateful to be receiving the best roles of her life at age 50.

But after a long pause she mentioned how sad she remains after the 2016 death of her sister Alexis Arquette. “I’m mourning everyday of my life,” admitted the actress before demanding equality for transgender people to enthusiastic applause.

The resonant Central Park Five tale “When They See Us” was the odds-on favorite to win Best Limited Series. But when “Chernobyl” director Johan Renck defeated “When They See Us” director Ava DuVernay, chances for Netflix’s true crime drama suddenly looked dicey. Lo and behold, voters ultimately chose the cautionary tale of “Chernobyl” for the top prize, once more shutting Netflix out of a top series category win.

In his acceptance speech, creator and writer Craig Mazin noted that the nuclear disaster epic was ultimately about the “danger of the lie.” Clearly that theme resonated with the TV academy at a time of climate crisis and climate denial.

After vote-splitting doomed “Game of Thrones” in the Best Drama Supporting Actress race, multiple nominees tanked the series yet again in a category it seemed like it should have easily won. It looked likely that Miguel Sapchnik would take home a second Emmy Award for “The Long Night” (he previously won the category for crafting another epic war scene in “Battle of the Bastards”).

However, “Game of Thrones” had two additional nominees in this category (“The Last of the Starks” and “The Iron Throne”). An abundance of Westerosi options paved the way for Jason Bateman to take home a trophy for “Ozark.” Emmy voters clearly love a multi-hyphenate, as Bateman also produces and stars in the series.

SEE ‘Fleabag’ dominated the comedy Emmys, but didn’t stop ‘The Marvelous Mrs. Maisel’ from making history of its own

Best Drama Actress was always a battle between the thrilling “Killing Eve” co-stars Jodie Comer and Sandra Oh. Many prognosticators picked Oh to reign triumphant last year, but she was sidelined in favor of Claire Foy’s last season on “The Crown.” So sentiment was surely on industry favorite Oh’s side this year, as the actress had a chance become the first Asian woman to win Best Drama Actress and is now a 10-time Emmy nominee.

But no one was more shocked when the envelope read “Jodie Comer” than Comer herself. On stage she admitted that her parents were still in her hometown of Liverpool. “I didn’t invite them because I didn’t think this was going to be my time,” she shrugged. At least Comer shared a big hug with Oh before singing the performer’s praises in her acceptance speech. Maybe next year, Sandra!