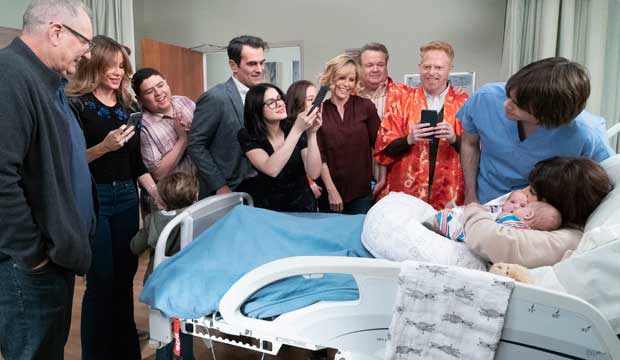 After “Modern Family” won a record-tying five consecutive Emmy victories for Best Comedy Series (a feat previously accomplished by “Fraiser,” produced by “Family” creators Christopher Lloyd and Steven Levitan), the laffer soon fell out of favor with voters, dropping out of the main categories entirely last year. But it deserves a return to the race for its 10th season, the best since the show’s glory days.

For years, there wasn’t an eligible Emmy category “Modern Family” didn’t compete in, let alone win. In addition to its series victories, the show would regularly take home prizes for writing, directing and acting for Ty Burrell (2011 and 2014), Eric Stonestreet (2010 and 2012) and Julie Bowen (2011 and 2012), racking up 21 trophies out of 67 bids. Yet its fortunes began to dip in the sixth season, where it went from receiving double-digit nomination tallies to just six. That dipped down to four in year seven, three in year eight and just one in year nine (for Half-Hour Sound Mixing). So to say the bloom has faded from this rose is putting it mildly.

Yet just when you thought “Modern Family” was down for the count, it returned with its best season in years. Part of that has to do with the development of the Dunphys’ eldest daughter Haley (Sarah Hyland). As the child actors have grown older, the show has struggled to find a direction to send them in, be it college, relationships or careers. So it’s surprising to find Hyland standing out as the season’s MVP with an arc involving her marriage to boyfriend Dylan (Reid Ewing) and the birth of twin babies in the emotional finale.

There’s more heartfelt and hilarious storylines this year, most notably a Halloween episode revolving around the unexpected death of Claire (Bowen) and Mitchell’s (Jesse Tyler Ferguson) mother, DeDe (Shelley Long). It’s yet another example of the shows unique ability to blend laughter and tears in equal measure, and proves once again it’s at its best when bringing this diverse ensemble together to deal with some of life’s many complications.

Given the wealth of options in the Best Comedy Series category, “Modern Family” has a steep hill to climb in order to get back in. But if Emmy voters are still watching, they’ll quickly be reminded of why they used to shower this program with gold not so long ago.