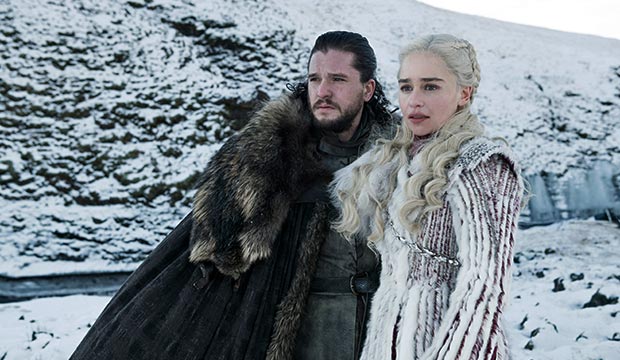 “Game of Thrones” has been snubbed for its iconic music six of eight times at the Emmys, but it need not worry about missing another nomination, because the TV academy just revised its rules to favor titans like “Game of Thrones” in the music categories.

SEEfurther details about the infamous “Game of Thrones” score snubs

The rules stipulated until this year that each musician who entered for consideration would have to judge up to 10 hours of submissions from other music categories. The contenders with the best average ratings became the nominees. This leveled the playing field for shows without the visibility of “Game of Thrones,” but the Emmys are abandoning this process in favor of the simpler one that decides the nominees in most other categories, in which all members of the relevant branch of the academy vote directly for the nominees by selecting their favorites in each category without having to watch anything.

This change affects the Best Series Music, Best Limited/Movie Music, Best Main Title Theme Music and Best Music Direction categories; the Best Music and Lyrics category for original songs is the only one that will continue to use the more equitable system. The Best Music Supervision category has used popularity votes to determine nominees in both years of its existence. It might not be coincidental that 90% of the nominations for Best Music Supervision have gone to series with corresponding Best Program nominations (Best Drama Series for example), as opposed to only 44% in the other music categories in the same time frame. It is routine for several shows to reap their sole nomination in a given year for music, which is not the case with other fields. Examples last year include such underappreciated programs as “Alias Grace,” “Big Mouth” and “The Good Fight.”

SEE‘Game of Thrones’ fans react to season 8 trailer: ‘This season will slay so hard,’ and ‘Lena Headey is coming for her Emmy’ [WATCH]

The Emmys similarly shifted from blue-ribbon panels to popularitycontest balloting to determine winners in the music categories four years ago, which has made the nomination a bigger hurdle than the win for popular shows. The music of “House of Cards” was nominated all three times that it contended under the old system of determining winners and it lost all three nominations. Under the new system, it has only been nominated two out of three times, but it won both. “Mr. Robot” and “Stranger Things” have each contended for three music nominations under the new system, with each going on to win their only nomination.

“Game of Thrones” was nominated only once on each side of the voting change, losing under the old system in 2014 for its fourth season and winning under the new one last year for its seventh and penultimate season, giving composer Ramin Djawadi his first Emmy in six nominations, having also been nominated for “FlashForward,” “Prison Break” and “Westworld.”

How do you think “Game of Thrones” will fare this summer? Make your Emmy predictions today so that Hollywood insiders can see how their shows and performers are faring in our odds. You can keep changing your predictions as often as you like until the nominations announcement on July 16. And join in the debate taking place right now with Hollywood insiders in our television forum.