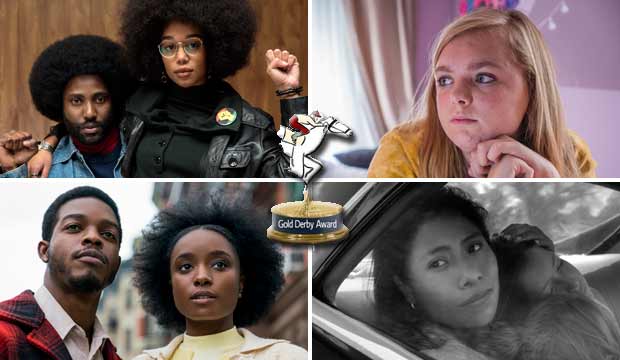 The Oscar nominations were announced on January 22, but you’ve still got a couple of days to make your own voice heard by picking your favorites for the 2019 Gold Derby Film Awards (complete instructions here). Your last day to vote is Sunday, January 27, before the official nominations are announced during a special webcast here at Gold Derby on Wednesday, January 30.

These prizes have been decided by our savvy users since 2002, when our voters agreed with the Oscars by picking the musical “Chicago” as the best of the year. But last year our users were avenging angels, giving top honors to “Call Me by Your Name” over Oscar champ “The Shape of Water.” Who deserves kudos this time around?

Nominations are decided here in our predictions center by a preferential vote where you can rank your top three favorites in every category (top five for Best Picture). Your number-one choice carries the most weight. But even with thousands of users participating, there are almost always categories so close that a handful of points make the difference between a nomination and a snub, so make sure to support the films, performances, writers, directors and other achievements you’re most passionate about.

But if you’re the type who waits until the last minute to cram for finals, that’s okay too. You can keep updating your ballot as often as you like until the minute voting closes at the end of Sunday night, so you can still catch up on as many films as you can over the weekend — goodness knows I will be.

You can refresh your memory about last year’s nominees and winners right here, and check out the complete list of Gold Derby’s Best Picture winners below.