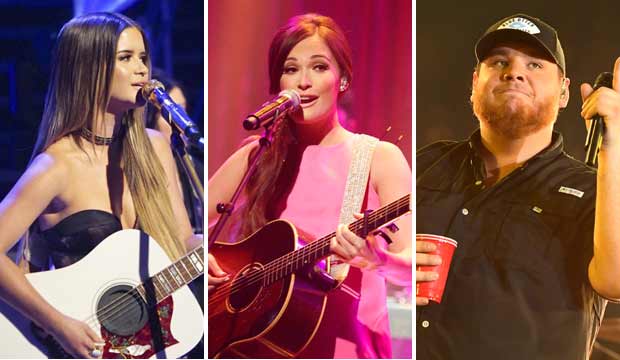 Kacey Musgraves‘s “Golden Hour” may be on track to join only a handful of country albums that have won the Grammy for Album of the Year — at least, that’s what our racetrack odds say. But she’s not the only country artist with a chance to clean up in the general field. It’s possible that all of the top four categories could be won by country stars.

Musgraves has the strongest chance for country in the general field. She’s currently the front-runner for Album of the Year, though “Golden Hour” is tied at the top with the “Black Panther” soundtrack: both get odds of 5/1. The very first country album to win that prize was Glen Campbell‘s “By the Time I Get to Phoenix” back in 1969. But since then country winners have been few and far between. In fact, there wasn’t another country winner until the “O Brother, Where Art Thou?” soundtrack prevailed in 2002.

Just two more country albums won after that: Dixie Chicks‘ “Taking the Long Way” (2007) and Taylor Swift‘s “Fearless” (2010). You might also count Robert Plant and Allison Krauss‘s collaborative album “Raising Sand,” which won in 2009; Krauss is primarily a country/bluegrass musician, but “Sand” album was categorized as folk/Americana at the Grammys.

Another country artist could win both Record of the Year and Song of the Year, though it wouldn’t actually be for a country recording. Maren Morris broke out in 2017 with four Grammy nominations and a win for Best Country Solo Performance for “My Church,” but in 2018 she crossed over onto the pop charts by collaborating with Zedd and Grey on the dance hit “The Middle.” But it looks like general field wins for her will be a much steeper climb; “The Middle” currently ranks sixth in both categories in our odds.

That leaves Best New Artist. Only three country musicians have ever won that prize: LeAnn Rimes (1997), Carrie Underwood (2007) and Zac Brown Band (2010). This year Luke Combs could join that list, and in doing so he would make history as the first solo male country artist to prevail. Last fall he won the CMA Award for New Artist of the Year, but he’s an underdog at the Grammys, where he ranks fifth in our odds.

So there’s a good chance Musgraves will lead the charge for country artists in the Album of the Year race, but whether her country music brethren will be able to join her is another story. It’ll take a few upsets to achieve a clean sweep.