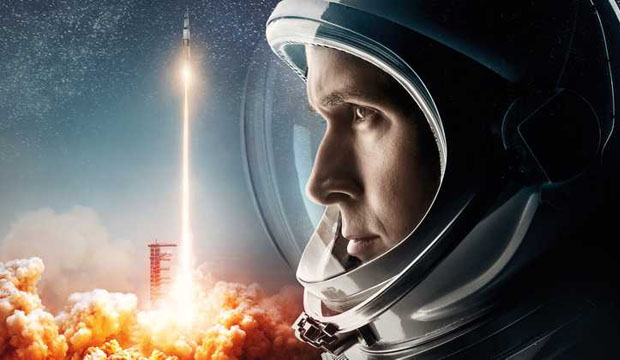 All five of our predicted Oscar nominees for Best Sound Editing number among the contenders for the Golden Reel Awards bestowed by the Motion Picture Sound Editors (MPSE). Oscar frontrunner “First Man” reaped three bids across the seven film categories as did two of its closest Oscar rivals — “A Quiet Place” and “Roma” — as well as “Mission: Impossible – Fallout,” which we have in sixth place. The other two likely Oscar nominees  — “Black Panther” and and “A Star Is Born” — each reaped two bids.

The 66th annual edition of these awards will take place on Feb. 17 at the Westin Bonaventure Hotel in Los Angeles. Sound wiz Stephen H. Flick will be feted for his lifetime of achievement and Antoine Fuqua is to receive the Filmmaker Award.

Last year, all five of the Oscar nominees for Best Sound Editing numbered among the MPSE contenders. Eventual Oscar winner “Dunkirk” lost the category equivalent — Sound Editing (Effects and Foley)– to “Blade Runner 2049.” The WWII epic did win for music over the sci-fi film. Both films lost the dialogue & ADR race to “War for the Planet of the Apes,” which was snubbed by the sound branch of the academy. The other three Oscar nominees were shut out at the Golden Reel ceremony. “Baby Driver and “The Shape of Water” contended in those same three races while “Star Wars: The Last Jedi” was only nominated for its sound editing.

DOCUMENTARY
“All or Nothing: Michigan Wolverines” – “Be the Game Changer”
“Bobby Kennedy for President” – “I’d Like to Serve”
“Gymkhana Files” – “Where it All Began”
“Medal of Honor”
“Operation Odessa”
“Searching for Sound: Islandman and VeYasin”
“Watergate”
“The Zen Diaries of Garry Shandling”