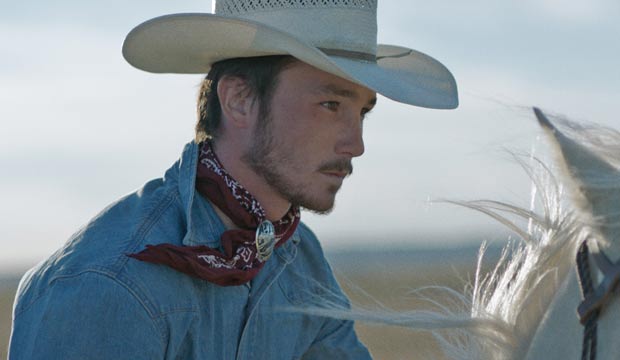 The National Society of Film Critics (NSFC) named Chloé Zhao‘s contemporary western “The Rider” as the best picture of the year. The NSFC is that rarity among critics groups in that it discloses the results of voting. So we know that “The Rider” barely edged out “Roma,” which had to settle for two wins for Alfonso Cuaron — who handily prevailed for his direction and cinematography — and a third as Best Foreign Language Film. (See the full results including the vote counts.)

Ethan Hawke (“First Reformed”) won the Best Actor prize easily racking up almost twice as many points as second-place finisher Willem Dafoe (“PAt Eternity’s Gate”). Ben Foster (“Leave No Trace”) and John C. Reilly (“The Sisters Brothers” and “Stan & Ollie”) were tied for third. Oscar frontrunner Bradley Cooper (“A Star is Born”) did not even figuring in the voting.

Olivia Colman won Best Actress, as she has done with upward of 10 regional critics awards already. Her two closest Oscar rivals —  Lady Gaga (“A Star is Born) and Glenn Close (“The Wife”) — did not merit a mention. Second place went to Regina Hall (“Support the Girls”), who won over the New York critics in November. The third place finisher was Melissa McCarthy for her change-of-pace performance in “Can You Ever Forgive Me?”

Regina King ( “If Beale Street Could Talk”) picked up another critics prize for her scene-stealing supporting role. She held off a challenge from Elizabeth Debicki (”Widows”) while Emma Stone (“The Favourite”) earned enough votes for third place.

Steven Yeun won Best Supporting Actor for the Korean film “Burning” with Oscar hopeful Richard E. Grant (“Can You Ever Forgive Me?”) having to settle for second place.

For almost half a century, the National Society, which was founded in 1966, rarely previewed the Oscar winner for Best Picture, doing so only five times in 49 years. Then in 2016, it foreshadowed the two Oscar wins for “Spotlight”: Best Picture and Best Screenplay. In 2017, it went all in for “Moonlight” over Oscar rival “La La Land” naming it Best Picture, and awarding prizes to director Barry Jenkins, supporting actor (Mahershala Ali ) and lenser James Laxton. Last year, it was enamored with “Lady Bird,” which won four awards including Best Picture. Rookie solo helmer Greta Gerwig won both the directing and screenplay prizes while Laurie Metcalf claimed Supporting Actress.