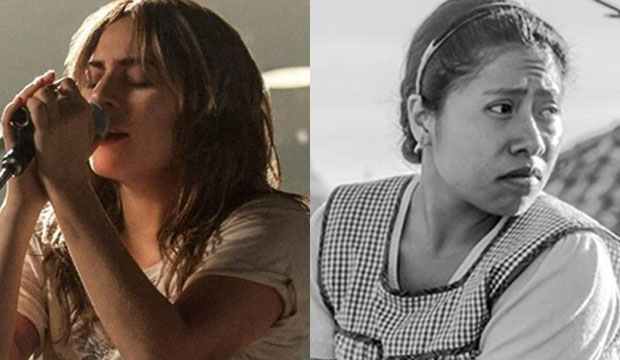 With the Critics’ Choice Awards just hours away on Sunday January 13, our 30 Oscar experts from major media outlets are hoping to get guidance from these key precursor prizes as to what will win Best Picture at the Academy Awards. Their votes remain split between four films, with two of these far out front of the other two.

Since being all but shut out of the Golden Globes, “A Star is Born” has seen its lead over “Roma” in the Best Picture race at the Oscars shrink. It now leads our experts tally by a vote of 16 to 10. Three of our experts are holding out hope for “Green Book,” which won Best Comedy/Musical at the Globes while one is backing “BlacKkKlansman.”  [See the most up-to-date Best Picture rankings by our 30 Experts.]

Although “A Star is Born” enjoys a clear majority of first-place votes from the experts, it is not that far ahead of “Roma” and “Green Book” on our Best Picture odds chart. It leads with odds of 13/2 to take home the top Academy Award while the other two contenders are just behind at 7/1 and 8/1 respectively. This discrepancy is down to the relative rankings of these three films by all of the experts, including those that don’t have them in first place.  [See the latest racetrack odds.]

Those rankings are the reason why “BlacKkKlansman” is ranked sixth at 10/1 behind both “The Favourite” with 17/12 odds and Black Panther” at 19/2.