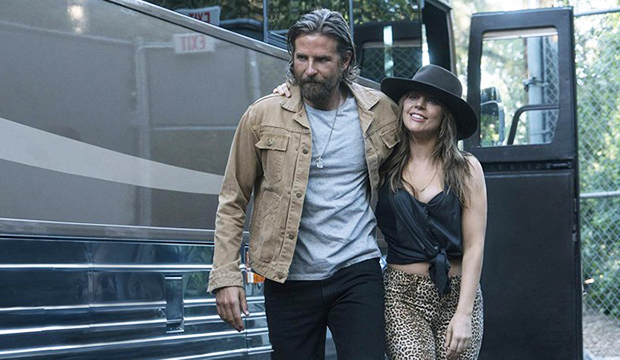 Is “A Star Is Born”‘s Best Picture Oscar campaign about to get new life? The romance musical is the odds-on favorite to win Best Picture at Saturday’s Producers Guild of America Awards, which would give it a much-needed boost at one of the most important precursors.

“A Star Is Born” has been the presumptive frontrunner in an unsettled Best Picture race, but it has yet to claim any big prizes to back up that notion. It lost Best Drama Film at the Golden Globes to “Bohemian Rhapsody” and kind of bombed there in general, winning just one award for Best Original Song. And “Roma” was the critics’ darling and just won Best Picture at the Critics’ Choice Awards.

But none of those awards bodies represent the industry; the PGA does. This will be the first time we hear the industry chime in with winners, which could diverge from what we’ve been seeing. “The King’s Speech” (2010) and “Birdman” (2014) won PGA en route to Best Picture Oscars after the first halves of their seasons were dominated by “The Social Network” and “Boyhood,” respectively. So this could be the jump-start “A Star Is Born” gets to turn the race around.

SEE Oscars guild scorecard: ‘A Star Is Born’ is 11 for 12, ‘Bohemian Rhapsody’ moves up to second

The film has a few checkmarks in the “pro” column. A box office hit, it would arguably appeal more to producers, whose job is to bring in the dough, than, say, a foreign language film on a streaming service that refuses to release box office receipts. “A Star Is Born” is also the strongest guild film, getting nominations at 11 of the 12 guilds that have announced so far, missing, understandably, visual effects.

“Bohemian” and “Black Panther” have bigger global box office totals ($774 million and $1.3 billion, respectively, to $404 million), but the former, like “Green Book,” is saddled with controversy over its director Bryan Singer, who was fired during production and has been accused of sexual assault over the years (Singer is not a producer on the film). “Black Panther,” meanwhile, has underperformed with the guilds, missing key ones like directing, editing, cinematography and even visual effects.

Whichever film wins, it’s likely a preview of the Oscars. In the PGA Awards’ 29-year history, 20 of its winners have gone on to claim Best Picture, counting “12 Years a Slave” (2013), which tied at PGA with “Gravity.” In the last nine years of the expanded Best Picture Oscar lineup, PGA — which has a set 10 nominees and is the only other group that uses a preferential ballot like the Oscars to determine Best Picture — has disagreed twice, awarding “The Big Short” (2015) and “La La Land” (2016) over Oscar champs “Spotlight” and “Moonlight.”

“Black Panther” is in third place in our odds, followed by “Green Book,” “BlacKkKlansman,” “The Favourite,” “Vice,” “Bohemian Rhapsody,” “A Quiet Place” and “Crazy Rich Asians.”

Be sure to make your PGA predictions so that Hollywood insiders can see how their films and performers are faring in our odds. You can keep changing your predictions until just before winners are announced on Jan. 19. And join in the fierce debate over the 2019 SAG Awards taking place right now with Hollywood insiders in our film forums. Read more Gold Derby entertainment news.