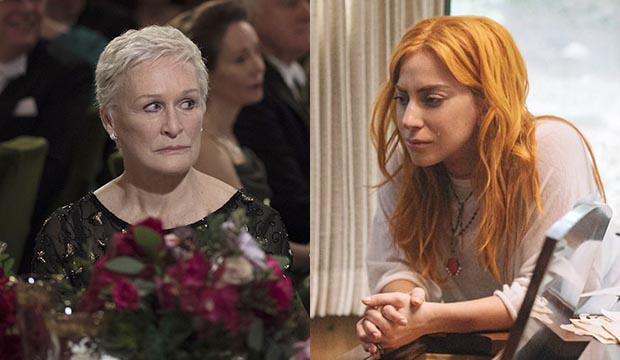 Glenn Close (“The Wife”) is the favorite to take home her first Screen Actors Guild Award for film at Sunday’s ceremony, but it’s far from a done deal. Lady Gaga (“A Star Is Born”) has 19/5 odds to Close’s 17/5 in our predictions to pull out the win.

Gaga had been the lead actress frontrunner since nominations were announced — you know, back when we thought “A Star Is Born” would, if not dominate, at least win a couple of big awards. Close overtook the daughter of her close pal following her Golden Globe upset over Gaga earlier this month, which she capped with a killer speech. They tied for Best Actress at the Critics’ Choice Awards a week later.

SEE Could the Best Actress Oscar result in a tie between Glenn Close and Lady Gaga exactly 50 years after Barbra Streisand and Katharine Hepburn?

Conventional wisdom says this is Close’s to lose as she cruises to her overdue Oscar on her seventh nomination. She certainly has a lot of things working for her: the overdue narrative, that moving speech that surely swayed some voters, and her legendary status — SAG likes to award acting icons it never had a chance to when they were in their primes.

But Gaga has some advantages too. The SAG and AFTRA merger in 2012 means recording artists and DJs, aka people like or who have worked with Gaga — are voting members now. Will they give her a boost? “A Star Is Born,” the nominations leader with four, is also the most successful and widely seen film in the category, which could go a long way with a populist group like SAG. And a win would also ensure it doesn’t become the sixth film to go 0-4.

Emily Blunt (“Mary Queen of Scots”) and Melissa McCarthy (“Can You Ever Forgive Me?”) round out our predictions.