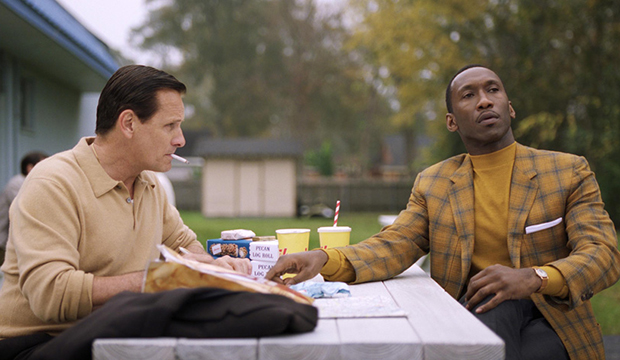 Mahershala Ali has entered the Screen Actors Guild Awards record books. With his supporting actor victory for “Green Book” on Sunday, he is the first person to win the category twice.

Ali, of course, snagged his first SAG Award two years ago for “Moonlight” en route to the Best Supporting Actor Oscar, and also nabbed an ensemble win for “Hidden Figures” that night as well. Before Sunday, supporting actor was the last of the four individual acting category not to have a repeat winner.

SEE What do the Screen Actors Guild Awards wins (and losses) mean for the Academy Awards?

Last year, Frances McDormand got a bookend lead actress statuette for “Three Billboards Outside Ebbing, Missouri” to go with her first win for “Fargo” (1996). While she ultimately won the Best Actress Oscar for “The Reader” (2008), Kate Winslet has two supporting SAG Awards for that and “Sense and Sensibility” (1995). And Daniel Day-Lewis holds the record for most individual wins at three, for lead actor in “Gangs of New York” (2002), “There Will Be Blood” (2007) and “Lincoln” (2012).

SEE SAG Awards: Get the full list of winners

McDormand is the only multiple champ to take home the Oscar in the same category for both of her SAG-winning performances. Winslet lost Best Supporting Actress for “Sense and Sensibility” to Mira Sorvino (“Mighty Aphrodite”). Day-Lewis won Oscars for “There Will Be Blood” and “Lincoln,” falling to Adrien Brody (“The Pianist”) the year of “Gangs of New York.”

Ali now also has a 2-for-2 record in the category, something he can replicate at the Oscars. But he wouldn’t be the first to have that perfect record there — Christoph Waltz converted both of his supporting bids into Oscar wins for “Inglourious Basterds” (2009) and “Django Unchained” (2012).