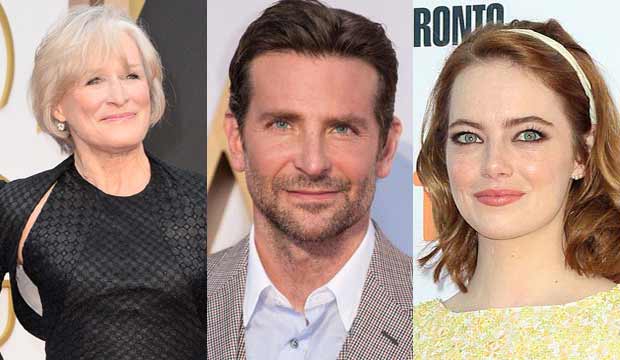 Several of this year’s SAG Awards film contenders have already had long, fruitful careers, so as we wait to find out who wins on January 27, take a walk down memory lane by checking out our photo galleries celebrating the careers of seven contenders.

Amy Adams (“Vice”): Adams stars in this satirical political biopic as Lynne Cheney, the wife of former Vice President Dick Cheney (Christian Bale). Adams has an additional SAG nomination this year for her starring role in the HBO limited series “Sharp Objects.” (Click here to be taken to her gallery)

Christian Bale (“Vice”): Bale plays Dick Cheney, the shadowy, cunning vice president under George W. Bush (Sam Rockwell). Bale has already won Golden Globe and Critics’ Choice prizes for this performance, and he also competes for Best Actor at the Oscars. He previously won at the SAG Awards and Oscars for his supporting role in “The Fighter” (2010). (Click here to be taken to his gallery)

Emily Blunt (“Mary Poppins Returns” and “A Quiet Place”): In “Mary Poppins,” Blunt plays the title nanny who was previously played by Julie Andrews in the original 1964 Disney film. And in “A Quiet Place,” she stars as a pregnant woman forced to keep silent in a post-apocalyptic world overrun by monsters with super-sensitive hearing. (Click here to be taken to her gallery)

Glenn Close (“The Wife”): Close plays Joan Castleman, a woman who questions her life choices after her husband (Jonathan Pryce) is awarded the Nobel Prize for Literature. She has won Golden Globe and Critics’ Choice Awards for the role, and she’s also aiming to win her very first Oscar. (Click here to be taken to her gallery)

Bradley Cooper (“A Star Is Born”): Cooper directs and stars in this musical drama as a fading rock star who helps boost the career of a young singer (Lady Gaga) while also falling in love with her. Cooper contends at these awards for his leading performance and as a member of the ensemble cast. He also has a trio of Oscar noms for acting in, writing, and producing the film. (Click here to be taken to his gallery)

Melissa McCarthy (“Can You Ever Forgive Me?”): McCarthy stars in this biographical drama as Lee Israel, an ornery, alcoholic author who sells literary forgeries to collectors in the names of Noel Coward, Dorothy Parker and other prominent figures. This role also earned her an Oscar nom. (Click here to be taken to her gallery)

Emma Stone (“The Favourite”): Stone stars in this period comedy as Abigail, a conniving maid competing with her cousin (Rachel Weisz) for the affections of Queen Anne (Olivia Colman). Stone also competes at the Oscars for this role, and she has an additional SAG nomination for starring in the Netflix limited series “Maniac.” (Click here to be taken to her gallery)