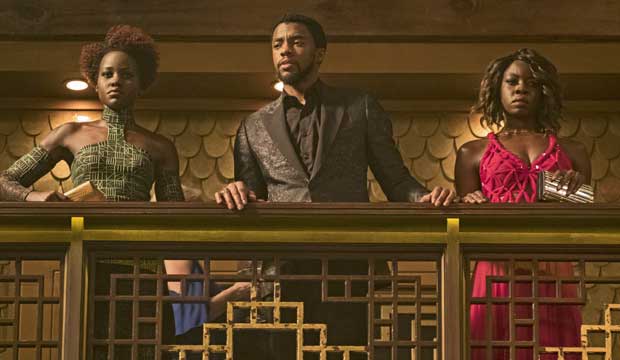 The cast of “Black Panther” will probably be exclaiming “Wakanda forever!” from the Screen Actors Guild Awards stage on Sunday, but the ensemble category is still anyone’s game.

In our combined odds, “Black Panther” leads with 37/10 as the top choice of five Experts, six Editors and seven Top 24 users. But the other four nominees have support too; in fact, the ensemble category is the only one of the five film ones where every nominee has at least one vote from a pundit to win.

The spread of picks is fitting given the uncertainty in the Best Picture Oscar race, and the fact that some Oscar favorites, like “Roma,” “Green Book” and “The Favourite,” were overlooked in the top SAG Awards category.

“Black Panther,” which has the edge with the largest credited cast, and “Crazy Rich Asians” are the only two without individual acting nominations — the former does have one in stunt ensemble — but that’s not as big of a deterrent as it might seem. Both were widely successful films and the SAG Awards sometimes go for popular picks. The SAG Awards is also the most socially conscious group, so voters might be keen to recognize the cultural impact of both movies. If either wins, it’d join “The Full Monty” (1997) and “The Lord of the Rings: The Return of the King” (2003) as ensemble champs without individual bids.

Similarly, “Bohemian Rhapsody,” which has pulled in more than $700 million worldwide, is such a sensation that it managed to break into this category when no one was expecting it to, so a win should not be underestimated either. Never doubt the love for Queen.

“A Star Is Born” arguably needs this to stay afloat in the Oscar race as it hasn’t taken home the top prize at any precursor yet. It leads the field with four nominations, but could very well be the sixth four-time nominee to get blanked.

Meanwhile, “BlacKkKlansman” has quietly floated through the season, hitting in pretty much all the places it needed to hit to maintain its status as a Best Picture contender. A win here would confirm it’s been a sleeping giant.

A reminder: An ensemble victory doesn’t automatically make you a Best Picture frontrunner since it’s rewarding a group of actors, not the film itself. Only 11 of the SAG Awards’ 23 ensemble champs (the category was added the second year) have gone on to win the Best Picture Oscar, and they haven’t matched the last two years.