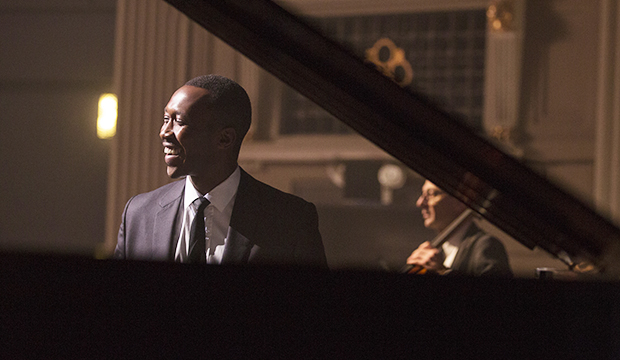 The Oscars isn’t the only place where Mahershala Ali can notch a 2-for-2 record. He can also achieve the feat at Sunday’s Screen Actors Guild Awards, which is looking very, very likely.

After sitting in third place in our supporting actor odds behind Richard E. Grant (“Can You Ever Forgive Me?”) and Sam Elliott (“A Star Is Born”), the “Green Book” star has jumped way out ahead of them after his Golden Globe and Critics’ Choice Award victories. Ali, of course, earned his first statuette two years ago in the same category for “Moonlight,” and also won ensemble that night for “Hidden Figures.”

A victory would also make Ali the first person to win supporting actor multiple times at the SAG Awards. It is the last category remaining that doesn’t have a repeat winner. Last year, Frances McDormand (“Three Billboards Outside Ebbing, Missouri”) became the first to win lead actress more than once, having previously taken home the honor for “Fargo” (1996). Kate Winslet is the only two-time supporting actress champ, prevailing for “Sense and Sensibility” (1995) and “The Reader” (2008). And Daniel Day-Lewis has a record three individual SAG Awards, all in lead actor for “Gangs of New York” (2002), “There Will Be Blood” (2007) and “Lincoln” (2012). With two years separating “Moonlight” and “Green Book,” Ali would score his double in the shortest amount of time.

Grant, the critical favorite, and Elliott are hanging onto second and third place, respectively. Both could benefit from being longtime character actors as the SAG Awards often likes to go for veterans. Elliott’s is one of four nominations for “A Star Is Born,” which is on the verge of going 0-4.