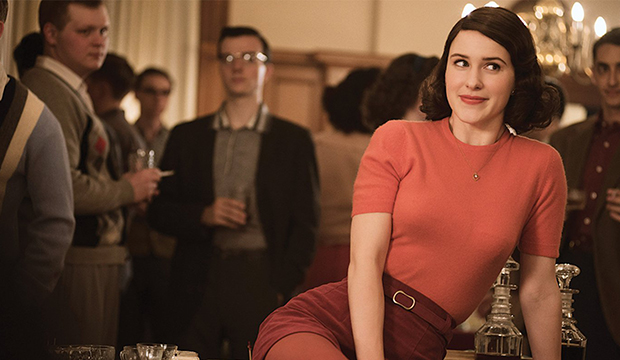 It’s taken a little longer than expected, but Rachel Brosnahan will complete her awards sweep for “The Marvelous Mrs. Maisel” at Sunday’s Screen Actors Guild Awards. The reigning Emmy, Golden Globe and Critics’ Choice Awards Best Comedy Actress champ has a commanding 16/5 odds in our latest predictions to take home the missing piece of the four major televised TV prizes.

Since the SAG Awards didn’t even nominate “Maisel” last year, Brosnahan wasn’t able to complete her collection for the show’s debut season. She bagged the Globe, Critics’ Choice and Emmy last year, and has already defended her Globe and Critics’ Choice crowns this month. She’s the first back-to-back comedy actress winner at the Globes in 10 years, so that’s where the love is for her at the moment.

The SAG Awards is now playing catch-up with the eight-time Emmy-winning “Maisel,” giving it a leading four nominations. Brosnahan is up against her Emmy-winning co-star Alex Borstein since there are no supporting categories. Borstein is in second place in our odds, but as the undisputed leading lady and the face of the show — not to mention the titular character — Brosnahan has the edge here.

And just like at the Emmys, Brosnahan gets to avoid the defending champ, Julia Louis-Dreyfus, since “Veep” sat the year out.

There is another pair of nominated co-stars, “Grace and Frankie” stars Lily Tomlin and Jane Fonda, who are in fourth and fifth, respectively. In third place is Alison Brie (“GLOW”), the only person not nominated against a co-star — just like Brosnahan and Borstein’s co-star Tony Shalhoub on the men’s side — so she could benefit if the two pairs split the vote.