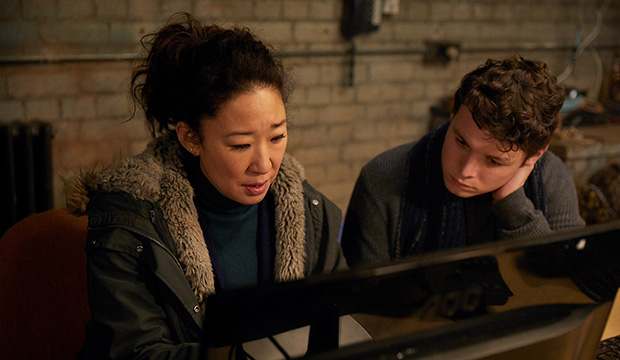 After Best Drama Actress wins at the Golden Globe and Critics’ Choice Awards, it’s no surprise that Sandra Oh (“Killing Eve”) is the frontrunner to take home the same prize at Sunday’s Screen Actors Guild Awards. With 16/5 odds, Oh is far ahead of the pack and would become only the second person to win the category for two different shows.

Oh first won the award 13 years ago for “Grey’s Anatomy,” which was all the more impressive because it was a supporting turn defeating leads — Patricia Arquette (“Medium”), Geena Davis (“Commander in Chief”), Mariska Hargitay (“Law & Order: Special Victims Unit”) and Kyra Sedgwick (“Closer”) — in the SAG Awards’ single category. Julianna Margulies thus far is the only person who’s won drama actress SAG trophies for two shows, earning two each for “ER” (1998-99) and “The Good Wife” (2010-11). Her four wins are also a record in the category.

It certainly does feel like Oh’s moment right now after she made history last year as the first Best Drama Actress nominee of Asian descent. While she didn’t win the Emmy, Oh has ridden that buzz to Globe and Critics’ Choice wins earlier this month, not to mention a gig co-hosting the Globes with Andy Samberg.

In second place is Elisabeth Moss (“The Handmaid’s Tale”), who was stunned last year by eventual Emmy champ Foy, who won her second consecutive SAG Award. “Handmaid’s” left empty-handed last year, so if voters feel like they owe the show something, Moss could upset.

Robin Wright (“House of Cards”) is in third place. She’s on her fifth straight nomination, which feels like it was just as much about “Sorry you had to deal with the Kevin Spacey stuff” as it was “We really, really like you, Robin Wright.”

The “Ozark” ladies, Laura Linney and Julia Garner, are in fourth and fifth place, respectively. “Ozark” snagged four nominations, but these two might split the vote here.