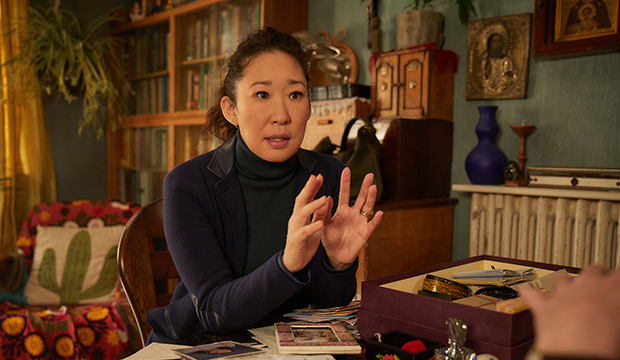 Oh took home drama actress for “Killing Eve” at Sunday’s ceremony, 13 years after triumphing for “Grey’s Anatomy.” She joins Julianna Margulies as the only people who’ve won the category for for two shows; Margulies nabbed two statuettes each for “ER” (1998-99) and “The Good Wife” (2010-11) for a record four wins in the category.

Tony Shalhoub accomplished the same feat in the comedy actor category Sunday night, winning for “The Marvelous Mrs. Maisel” to go with his two victories for “Monk.” But Oh has a leg up on Shalhoub. His three wins come from eight nominations. Oh, who was the overwhelming favorite, now also has a perfect 2-for-2 record in the category.

This is Oh’s fourth SAG Award overall; she has a drama ensemble win for “Grey’s” (2007) and a film ensemble trophy for “Sideways” (2004). She has two other unsuccessful ensemble bids for “Grey’s.”

Oh defeated Elisabeth Moss (“The Handmaid’s Tale”), Robin Wright (“House of Cards”) and “Ozark” stars Laura Linney and Julia Garner. The win caps off a great month for her, after nabbing the Globe and Critics’ Choice Award, and ought to put her in pole position to finally win her first ever Emmy later this year.