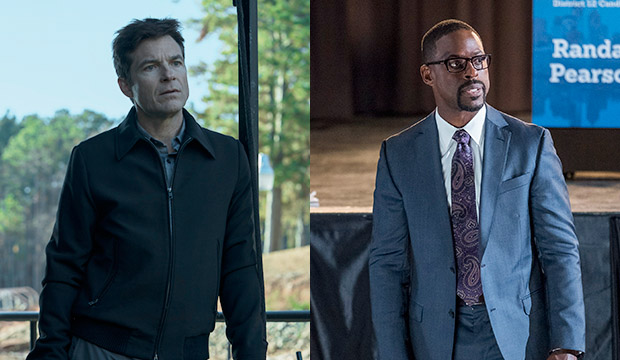 Sterling K. Brown is the consensus frontrunner to take home his second consecutive drama actor Screen Actors Guild Award for “This Is Us” on Sunday, but it’s by no means a done deal as it was a year ago. Jason Bateman (“Ozark”) is right behind him in second place in our odds.

With the SAG Awards’ penchant for repeat winners, a Brown defense seems the most likely. He’d be the 10th person with multiple wins in this category. Plus, three people won back-to-back statuettes in this category this decade — Steve Buscemi (“Boardwalk Empire,” 2011-12), Bryan Cranston (“Breaking Bad,” 2013-14) and Kevin Spacey (“House of Cards,” 2015-16) — and one of them, John Lithgow (“The Crown,” 2017), couldn’t because it was a one season-and-done deal, so the trend certainly favors Brown.

But it’s clear SAG voters are obsessed with “Ozark.” After bids for Bateman and Laura Linney last year, the Netflix drama improved to a field-leading four nominations this time, including drama ensemble and two slots in drama actress for Linney and Julia Garner. That kind of support has to translate to a win somewhere, right? Bateman feels like its best shot; he’s a former child actor done good, and is on his seventh and eighth, counting the ensemble bid, SAG Awards nominations without a win.

Back in third place is Bob Odendirk (“Better Call Saul”), who’s on his third nomination. John Krasinski (“Jack Ryan”) and Joseph Fiennes (“The Handmaid’s Tale”) are in fourth and fifth place, respectively.