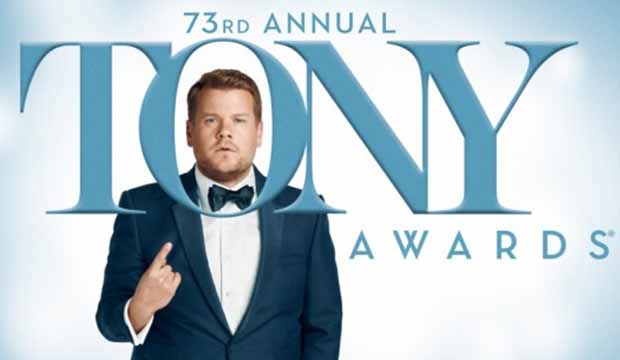 We finally know which Broadway productions will perform during the 73rd Annual Tony Awards. The 2019 telecast honoring Broadway’s best and brightest will be hosted by James Corden this Sunday, June 9, at 8:00 p.m. ET on CBS.

The ceremony will feature productions from all of the Best Musical and Best Revival of a Musical nominees. That means “Ain’t Too Proud – The Life and Times of the Temptations,” “Beetlejuice,” “Hadestown,” “Kiss Me, Kate,” “Oklahoma!,” “The Prom” and “Tootsie” will all storm the stage at Radio City Musical Hall. “The Cher Show” will also perform, so cross your fingers for an appearance from the titular pop icon.

SEETony Awards are this Sunday! See predictions by 14 Experts in all categories

Additionally, “Choir Boy” is among the shows slated to perform. This is an exciting surprise given that the show has been closed for several months. The Best Play nominee was filled with music and even landed a Choreography nomination for Camille A. Brown, so it will be refreshing to have at least one play represented with a performance.

Tony winner Cynthia Erivo (“The Color Purple”) will also give a special performance.