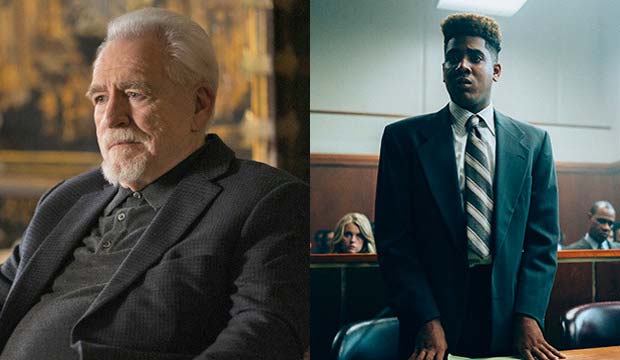 Our forum posters were up before dawn to duke it out over the Golden Globe nominations. While they found a lot to be happy about, there were just as many inclusions and exclusions that had them unleashing their fury. Below is just a sampling of their savage comments on the 11 television categories. Take a look, then jump in if you’re brave enough:

methaddiction: No one cares about “Stranger Things” anymore “Westworld” 2.0

Kay: These are beyond DISGUSTING. But congrats to “Succession,” Brian Cox and Kieran Culkin.

Best TV Comedy Series:
tom92: “The Politician” should not have been nominated. Not cool to nominate mediocracy.

Marcus Snowden (The Artist Formerly Known as msnowden1): I’m shocked that “Veep” got snubbed this badly. HBO did submit it, right?

forwardswill: *whispers* excluding the shutouts of “Schitt’s Creek” and “Years and Years,” these nominations were really great

TVFan365: They completely shut out “When They See Us.” WTF?!

Tyler: These are terrible. Only good thing is “Unbelievable” over-performance

SEE ‘Chernobyl,’ ‘The Crown,’ ‘Unbelievable’ lead Golden Globe TV nominations with 4 each: What about ‘Succession’?

Best TV Drama Actress:
Eden: I had a weird feeling Witherspoon could make it in for “The Morning Show,” but I made last minute change to Zendaya and King.

tom92: Sandra Oh is having a tough year

Best TV Comedy Actress:
Jays: So great to see Dunst back up for awards, as she’s so good in “On Becoming a God in Central Florida.”

Sam_Malone: Happy that Applegate and Lyonne got in.

Best Movie/Mini Actress:
Jays: Over the moon that all three ladies from “Unbelievable” got nominated as well as the series. I had my doubts about Dever because she’s young and a bit of an unknown and she was already competing against a co-star, but I’m so glad she deservingly got in!

Greg: So they nominated Meryl Streep over Laura Dern? LOL. Are they drunk?

thatnerdgreg: Anyway, while Strong and Snook should’ve been nominated, I’m still very happy with “Succession’s” nominations. I’ll be rooting for the series and Cox to win. Also good on Culkin for showing his nomination last year wasn’t a fluke.