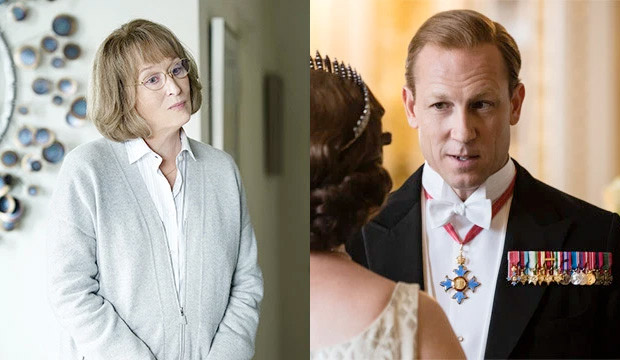 It wouldn’t be an awards show without several worthy contenders left off the list, and the 26th Screen Actors Guild TV Awards are no exception. This year’s kudos (see the complete list of nominations) find many individuals and ensembles snubbed for their television work in the 2019 calendar year, including Meryl Streep for her debut in “Big Little Lies,” Tobias Menzies as the new Prince Philip in “The Crown,” and everyone on “Succession.” Scroll down to see the 17 most unforgivable snubs for the 2020 SAG Awards.

The Screen Actors Guild winners in TV and film will be revealed Sunday, January 19 on TNT/TBS in a ceremony that will honor Robert De Niro with the life achievement award.

Here are the year’s top television snubs, based on the combined predictions of Gold Derby’s Experts, Editors, Top 24 Users, All-Star Users and all Users: