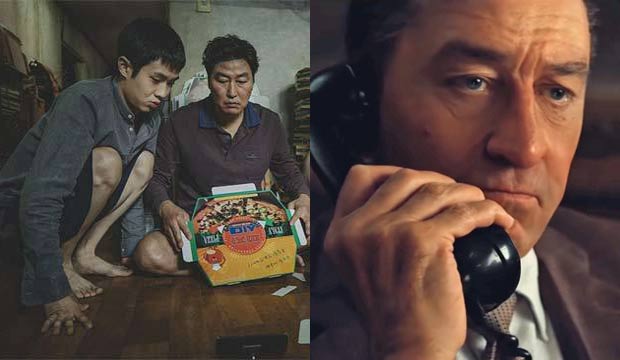 Our forum users were up bright and early to give their savage takes on the 2020 SAG film nominations. Though there was a lot to be excited about, there were just as many surprising snubs that had them shaking their fists in rage. Take a look at a sampling below, then jump in if you dare.

Best Film Ensemble:
MoonlightTommy: Poor “Little Women”… I’m not even sure it’s going to be in Best Picture at this point.

Nikhil: I don’t think a single expert had “Parasite” in ensemble, this movie is coming people!

Another Vice: “Bombshell” literally maxed out while “Little Women” was completely blanked despite both sending late screeners. “Little Women” truly sinking. Surprised that “Marriage Story” didn’t get Ensemble here though.

chem_x: Really sad about De Niro. I thought his performance was great and loved the movie as well… but it’s looking like another year where Netflix doesn’t win BP, wow

Lil Tony: snubs all the way for Eddie Murphy, but I’m happy for Phoenix and Egerton. They so much deserved

Best Film Supporting Actor:
Nikhil: To everyone not predicting both Pacino and Pesci, it’s now time to realize they are both happening.

Nate: I am so glad that I held onto that Jamie Foxx nomination, but I fear that this may be a blip and probably hurts Willem Dafoe more than it helps Jamie Foxx.

Faux architect: I think Nicole and Scarjo will be replaced by more artsy nominees at the Oscars like Shuzhen Zhao. It seems like an Oscars thing.

Best Film Stunts:
Lil Tony: what was the stunt in “The Irishman”?