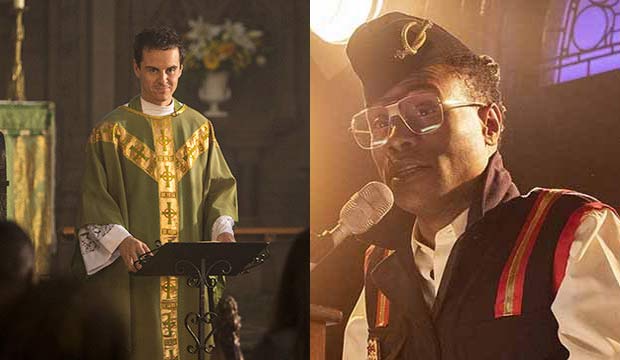 The SAG TV nominations had our forum users cheering and jeering as the sun rose over Hollywood. Sure, there were a lot of surprising inclusions that had them clapping their hands in joy, but there were just as many shocking snubs that had them ripping their hair out in anger. Take a look at a sampling below, then join in the conversation if you’ve got the guts.

Best TV Drama Ensemble:
AayaanUpadhyaya: “The Morning Show” missing ensemble but getting three actors in? What?? “Big Little Lies” getting ensemble but Kidman and Streep are snubbed? What??

methaddiction: “This Is Us” missed Ensemble..

Hinrich689: I can’t believe they will shut out “Succession” like that wtf

jacob: I really want to know who tf is watching “The Kominsky Method.”

Kay: I’m sad for Tobias Menzies. I hope he wins the Emmy regardless…

Best TV Drama Actress:
Stego: “Big Little Lies” ladies probably cancelled each other out since it still got in ensemble. And Witherspoon cancelled herself.

methaddiction: Elisabeth Moss making it in over Sandra Oh and Meryl Streep is so well deserved as is the Ensemble nomination.

supermalt: Lmao at the people who said Meryl is going to sweep. Helena Bonham Carter’s performance is just too powerful.

Stegeo: Scott having such support from SAG and also getting GG and CC nods yet he missed an Emmy nod.

Best TV Comedy Actress:
Jays: Christina Applegate will be veeeery much in contention for the win for “Dead to Me” next year, especially if the second season is acclaimed.

Guest 2018: Well… at least Fonda and Tomlin are finally out of the picture. There’s THAT.

Nate: After the Globes snub, I was so relieved to see Jerome make the cut!

Best Movie/Mini Actress:
Mukund: Emily Watson made it in? I’m happy for her. Could Harris win maybe?

ricardo505: Boring choices on the tv side, as always. The biggest surprise for me is the Helen Mirren snub.

Jays: Williams was always sweeping, as it should be.