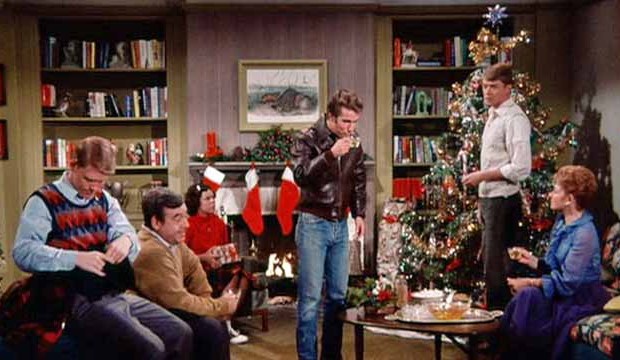 After the mostly glowing reactions and sky-high ratings for ABC’s live- re-creations of producer Norman Lear‘s classic sitcoms “All in the Family” and “The Jeffersons” on Wednesday May 22, one might presume that such success might lead to more such  revivals of beloved comedy series.

Judging from our poll, there seems to be an enthusiasm to see other TV oldies but goodies redone as a 90-minute package before a studio audience. Top on the list? A double bill of “Happy Days” and “Laverne & Shirley” got a Fonzie-like “Eyy!” by 23% of the participants in our poll. Right behind that ’70s duo was a pair of ’50s retro staples, “I Love Lucy” and “The Honeymooners.” Certainly, filling the shoes of such icons as Lucille Ball and Jackie Gleason would be daunting, but not impossible according 19% of voters.

Next are two female-led sitcom fantasy that relied on a suspension of disbelief, namely “Bewitched,” about a sorceress turned a nose-twitching suburban housewife, and “I Dream of Jeannie,” about a genie who helps her master, an astronaut. They drew support from 18% of the poll participants.

Revivals of “The Mary Tyler Moore Show” and its spinoff, “Rhoda” tied with the dynamic duo of “Cheers” and “Frasier,” with 17 % of the votes each. In last place was the mating of ’80s sitcoms “Family Ties” and “Growing Pains,” with just 6% yearning to revisit the Keaton and Seaver clans.

SEE TV Hall of Fame: Who should be the next inductee?

Beyond the poll, Gold Derby readers shared other thoughts on the subject, both pro and con: