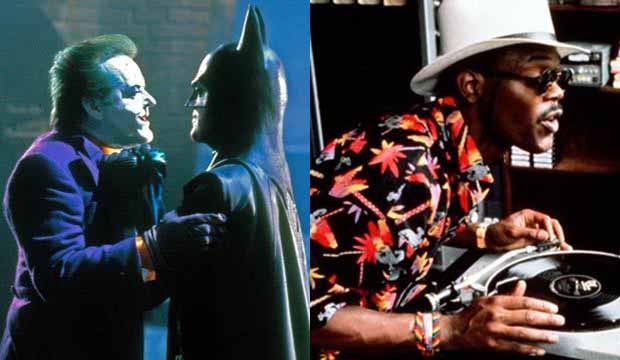 Big hair, shoulder pads, neon clothes. Everything seemed bigger and brighter in the 1980s, and the movies of that era reflect that. And the greatest of those 10 years turned out to be the last one: 1989 brought us “Batman,” “Dead Poets Society,” “Do the Right Thing,” “Driving Miss Daisy,” “Field of Dreams,” “The Little Mermaid,” “Sex, Lies and Videotape,” “Steel Magnolias,” “When Harry Met Sally” and a whole bunch of excellent sequels. Let’s take a look back at the 30th anniversary of the 1989 film year.

Many productions that fared well at the box office consisted of sequels and the big blockbuster action films audiences hungered for. Out of the top ten grossing movies of 1989, four were sequels (“Indiana Jones and the Last Crusade”, “Lethal Weapon 2”, “Back to the Future, Part II”, “Ghostbusters II) and three spawned sequels later on (“Batman”, “Look Who’s Talking”,“Honey, I Shrunk the Kids”). Additionally, five of these films – “Batman”, “Last Crusade”,”GBII”, “LW2” and “Honey” – were released between Memorial day weekend and July 4th, breaking box office records and setting new standards for the summer blockbuster.

The third Indiana Jones installment from Steven Spielberg became the highest-grossing film worldwide in 1989 (“Batman” has that honor for U.S. box office). Although the second film in this trilogy, “Indiana Jones and the Temple of Doom”, was not as well reviewed as the original, “The Last Crusade” fared pretty well with critics, and had a record-breaking Memorial Day weekend opening. Audiences thrilled in Harrison Ford’s title character searching for his missing father (Sean Connery) who had been in search of the Holy Grail, and the magic seemed to be back from the original “Raiders of the Lost Ark”. The backstory of a young Jones (River Phoenix) inspired a television show and a series of young adult novels. The trilogy is so well-loved a fourth sequel, “Indiana Jones and the Kingdom of the Crystal Skull” was released nearly 20 years later.

“Last Crusade” topped the box office in worldwide receipts, but it fell to number two behind “Batman” domestically. Up to that time, “Crusade” had been the fastest film to reach 100 million dollars, on day 19. “Batman” broke that record, reaching it in 10 days. “Batman” remained the highest grossing film based on a DC comic book until “Dark Knight” nearly 20 years later. “Ghostbusters II” had broken opening weekend records set by “Crusade” a month earlier, and “Batman” in turn broke that record. This version of the popular superhero starring Michael Keaton was considered dark at the time, and a bit campy today, but Jack Nicholson’s Joker remains one of the most iconic portrayals of a comic book villain. Two sequels followed, as well as an animated series.

Thirty years later, two films have been discussed relentlessly following the 91st Academy Awards a few weeks ago. Best Picture winner “Driving Miss Daisy” chronicles the years-long relationship between an elderly Jewish woman (Best Actress winner Jessica Tandy) and her black chauffeur (Best Actor nominee Morgan Freeman) in the South in the 1950s. It is one of the few films to have won without having a directing nomination. It is also one of the films that, sadly, is remembered more as a film that shouldn’t have won (it beat out “Field of Dreams”, “Born on the Fourth of July”, “My Left Foot” (with Oscar champs Daniel Day-Lewis and Brenda Fricker) and “Dead Poet’s Society”) rather than as a moving story that touches on racism and anti-semitism in the South. Newly-minted Oscar winner Spike Lee reopened this debate when, after his “BlacKkKlansman” lost Best Picture to “Green Book”, he commented, “Every time somebody is driving somebody, I gotta lose.”

Lee’s “Do the Right Thing” did not receive a Best Picture nomination (Lee was nominated for Original Screenplay and Danny Aiello was nominated for Best Supporting Actor, losing to Denzel Washington for “Glory,” a film that was shockingly not nominated for Best Picture as well), but the film has gone on to become one of the most acclaimed films of its time. Set in a Brooklyn pizzeria on a blistering summer day, simmering racism explodes into violent riots. Sal, an Italian American, has run his business for 25 years in a neighborhood that has become largely African American in recent times. A seemingly silly disagreement about pictures on the wall being mostly Italian American celebrities instead of black celebrities ignites these riots that eventually lead to a young man’s death. Although praised by many reviewers, the film was highly controversial, with many believing it could incite violence among moviegoers.

Another fondly remembered movie geared to teens is “Dead Poet’s Society”. Robin Williams’ touching portrayal of an English teacher who impacts the lives of his students is considered one of his best roles. It received several Oscar nominations, winning for Original Screenplay, and was one of the top grossing movies from that year.

One of the director/writers most closely associated with the 1980s is John Hughes. Well-known for such teen angst films as “Breakfast Club” and “Sixteen Candles”, Hughes was also the creative mind behind two memorable films from 1989. “Uncle Buck” is not considered one of his best, but the combination of Hughes, John Candy and Macaulay Culkin forgives its shortcomings. It was even turned into a short-lived television sitcom, but probably did not last because the chemistry from the original cast was not there. However, his second writing feat that year has turned into an annual holiday staple for many: “National Lampoon’s Christmas Vacation”. Although none of the sequels to the original “National Lampoon’s Vacation” have been as critically successful as the original, the Griswold’s disastrous attempts for a big family Christmas are as well-loved.

Children’s movies were also big in 1989, with Walt Disney Studios releasing two of its most successful films up to that time. “Honey, I Shrunk the Kids” became a surprise hit for the studio, becoming the highest-grossing live action Disney movie up to that time, and one of the highest-grossing films of that year, as well as spawning several sequels and a television show. “Little Mermaid” also made her debut that year, and is credited for reviving Disney animation. Although there was initial concern that it wouldn’t make money because it would be considered a “girl’s movie”, Ariel has since gone on to become one of Disney’s most recognizable princesses, and the star of one of Disney’s most successful animated features.

These weren’t the only surprise hits that year. On the opposite end of the movie spectrum, “Sex, Lies, and Videotape” was a surprise critical and financial success. It tells the story of a sexually repressed woman, who discovers that her husband is having an affair with her sister. Around the same time, an old friend of the husband’s visits, and she discovers his fetish for recording women discussing their sex lives and fantasies. The writing and directorial debut of Steven Soderbergh, this film is credited with influencing the early independent film movement.

“When Harry Met Sally” was a “little comedy” released in the middle of several summer blockbusters, and went on to become the 12th highest grossing film of the year. Raising the bar on romantic comedies, Rob Reiner’s tale of a man (Billy Crystal) and a woman (Meg Ryan) who share a friendship without benefits for several years has gone on to become one of the most quotable movies (“I’ll have what she’s having”) and most loved comedies of the generation.

Although it did not fare well with critics nor at the box office, one little gem from 1989 that has gone on to receive a cult following is “Road House”. Over the years, the romance between Patrick Swayze’s bouncer and Kelly Lynch’s doctor has become a favorite guilty pleasure. Oh, and then there’s Sam Elliott. And for guys, there’s guys beating guys up. It’s the perfect guilty pleasure movie that appeals to both men and women, and has become a favorite on cable television.

She has become one of the highest paid and most popular actresses, but Julia Roberts had only made a couple of movies when she had a breakthrough role in “Steel Magnolias”. Playing among a group of established actresses including Sally Field, Shirley MacLaine, Olympia Dukakis, Daryl Hannah and Dolly Parton, Roberts held her own in this bittersweet tale (and her first Oscar nomination). Loosely based on the true story of a young woman who died from diabetic complications not long after the birth of her child, the movie centers around a group of Southern women who support each other, gossip, and argue. Many women especially cite this tearjerker as one of their favorite films.

SEECelebrating the 80th anniversary of 1939, the greatest year ever for film: ‘Gone with the Wind,’ ‘The Wizard of Oz’ and more

It’s hard for me to believe that 1989 was 30 years ago – the year I graduated high school! Several of these films have become ingrained in our popular culture, with references or quotes easily identifiable with its source. More examples include “Field of Dreams,” “Weekend at Bernie’s,” “Bill and Ted’s Excellent Adventure,” “Parenthood,” “Heathers” and “Major League.” Most critics agree that more classic movies were made in 1939 than in any other year. However, the quantity, quality and magnitude of these films made 50 years later definitely make this year a rival for that title. Who knows – in generations to come, will critics claim 1989 to be the second greatest year?

Will Luke Kirby ('The Marvelous Mrs. Maisel') go 2-for-2 at Emmys for Best Comedy Guest Actor?