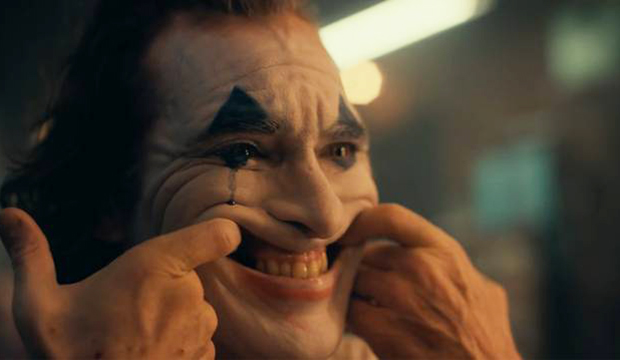 Even before “Joker” took its bow before the crowd at the Venice film festival on Saturday and earned an eight-minute standing ovation, Gold Derby-ites had already chosen its star Joaquin Phoenix as the most overdue lead actor who is likely to show up on the 2020 Oscar ballot in a poll.

Jack Nicholson cackled and leered his way through his role as the Caped Crusader’ arch-nemesis in Tim Burton’s 1989 “Batman” while Heath Ledger brought a quiet damaged-goods menace to the Joker in Chris Nolan’s 2008 “The Dark Knight” and won a posthumous supporting Oscar for his efforts. Both Jared Leto in 2016’s “Suicide Squad” and Cesar Romero on the campy ’60s TV series also gave the Clown Prince of Gotham City a spin.

But Phoenix and director Todd Phillips go the origins story route and get to the root of Arthur Fleck’s personality crisis that eventually builds up quite a body count. Both the actor’s performance and the story told owes a debt to Martin Scorsese‘s “Taxi Driver” and “The King of Comedy” (Robert De Niro, the star of both films, even has a role in “Joker”) in its take on a loser on the fringes of society who longs to be a comedian but instead makes everyone sad, including himself. But Phoenix’s monster soon turns the tables on those who dare ignore him.

Here is a sampling of the critical praise heaped upon Phoenix:

Owen Gleiberman of “Variety”: “Phoenix is playing a geek with an unhinged mind, yet he’s so controlled that he’s mesmerizing. He stays true to the desperate logic of Arthur’s unhappiness.”

Jenna Busch of Vital Thrills:  “Phoenix absolutely transforms himself as Arthur Fleck. The physical moment of the character alone could convey what is going on with him, even if there had been no dialogue … He’s awkward and twisted (particularly his arms and the position of his head) when he’s trying to be ‘normal.’ The little dances he does as he tries to act sexy or confident are the sort that make you embarrassed for someone at a party. As he becomes who he really is, the movements are powerful.”

Jim Vejvoda of IGN: “Arthur’s uncontrollable laughter looks as though it physically pains him; his body is rail-thin and battered, his misery is etched on his deeply creased face. He looks healthier and livelier — dare I say happier — as he transforms into Joker than he ever does as Arthur. Phoenix captures all these tiny nuances in Arthur and his interactions with others that reveal so much about this disturbed individual’s inner life.”

Pete Hammond of Deadline: “Phoenix is all in and then some, a performance so dazzling risky and original you might as well start engraving his name on the Oscar right now. No joke, this is a movie …  unlike any other from the DC universe, and you will find it impossible to shake off. At least I did.”

However, not all are enthralled by Phoenix’s tour-de-force performance. The most notable naysayer is  Stephanie Zacharek of “Time”: “Phoenix is acting so hard you can feel the desperation throbbing in his veins. He leaves you wanting to start him a GoFundMe, so he won’t have to pour so much sweat into his job again. But the aggressive terribleness of his performance isn’t completely his fault. (He has often been, and generally remains, a superb actor. Just not here.)”

Phoenix has been up for an Academy Award three times: supporting for his bratty, amoral son of a Roman emperor in 2000’s “Gladiator” and for leads as country legend Johnny Cash in 2004’s “Walk the Line” and for his disturbed military veteran who follows a cult leader in 2012’s “The Master.” Right now, the actor is ranked at No. 5 on the Gold Derby combined Oscar odds Best Actor list. The moviegoing public will get to see “Joker” when it opens Oct. 4.

Landing at No. 2 in the poll is Spanish actor Antonio Banderas, who has never been nominated for an Oscar, for his work as a fading film director in Pedro Almodovar’s “Pain and Glory.”His performance earned him a Best Actor prize at the Cannes film festival this year. He collected 29% of the vote.

In third place with 13% backing is the esteemed British actor Ian McKellen for his role as an elderly con man in Bill Condon‘s “The Good Liar.” Sir Ian has been up for an Oscar twice — for his Gandalf the wizard in 2001’s “The Lord of the Rings: The Fellowship of the Ring” and as “Frankenstein” director James Whale in 1998’s “Gods and Monsters.”

Next is Brad Pitt with 8% of the vote for his astronaut who tries to save the solar system in “Ad Astra.” While he owns an Oscar for being a producer on 2013’s Best Picture winner “12 Years a Slave,” he came away empty-handed three times after being nominated for supporting in the 1995 sci-fi thriller “Twelve Monkeys” and as a lead for both 2008’s “The Curious Case of Benjamin Button” and as a real-life pro baseball manager in 2011’s “Moneyball.”

Bringing up the rear is Eddie Murphy, whose only Oscar nomination was for his supporting role as a R&B singer in 2006’s musical “Dreamgirls,” who gets 4% of the vote for his depiction of comic and star of ’70s blaxploitation films Rudy Ray Moore in “My Name is Dolemite. And Mark Ruffalo, a three-time supporting nominee for 2010’s “The Kids Are All Right,” the 2014 biopic “Foxcatcher” and the 2015 drama “Spotlight,” squeaks by with 2% for his crusading attorney in Todd Hayne‘s “Dark Waters.”