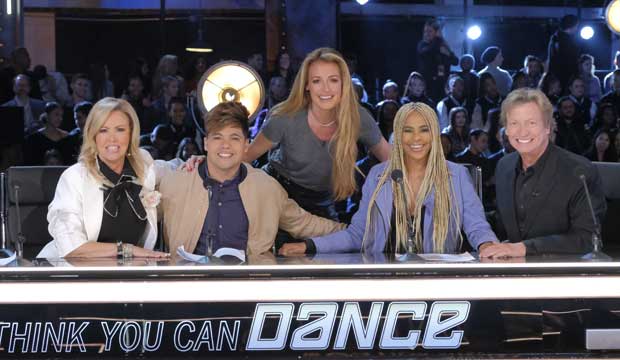 Sure, we had a laugh during  the Season 16 finale when host Cat Deeley called out new “So You Think You Can Dance” judge Laurieann Gibson for her “cray-cray” way of describing her reactions to the contestants while adding that her Yoda-like observations were nutty but “in the cutest way possible.”

A sample revelation: “Not only am I watching the dancers from the moment they step on stage, I’m smelling them. I know what it smells like to have passion.” A substantial 16%  of “SYTYCD” devotees who answered our poll got a giggle out of Laurieann’s way of expressing herself.

Meanwhile, Cat mocked oh-so-sensitive fellow newbie judge and b-boy Dominic “D-Trix” Sandoval for being driven to tears by nearly every routine he liked. But just 8% got a kick from his weepy montage. That seems to cancel out any possible Kleenex endorsement for the show’s alum.  The moment was slightly more entertaining than his embarrassment over having to watch his own Season 3 “SYTYCD” audition — with a cameo from a brown-haired judge Mary Murphy — that earned 7% of the vote.

Tying at 7% was witnessing head judge Nigel Lythgoe, with encouragement from Laurieann, twerking on camera in honor of a hip-hop routine by finalists Mariah Russell and Sophie Pittman.

But a whopping 62% said that Nigel’s announcement that next year they will drop the grueling segments from the Academy part of the competition was their fave. He shared the news that he wants expand the live shows by going back to including the Top 20 dancers rather than just 10. Note to Nigel: We are counting on you to keep that commitment.