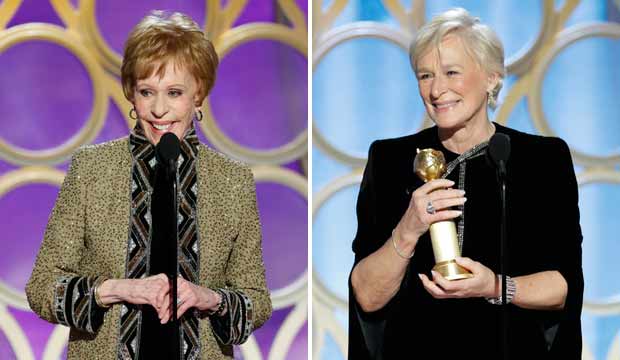 If the Oscars are still looking for a host, perhaps they should look not at young talent, but at Hollywood’s legends, who injected both comedy and gravitas into the first awards show of the new year — a show that started off shakily but ended with a bang thanks to a humdinger of a speech and a stunning upset.

Andy Samberg and Sandra Oh kicked off their hosting of the 76th Golden Globe Awards by addressing the alleged topic on everyone’s minds: why was this unlikely duo chosen to host? Oh’s response: “We’re the only two people left in Hollywood who haven’t gotten in trouble for saying something offensive.”

Inoffensive would be the best adjective to describe the duo’s emceeing efforts. We got the usual awards show routine of listing the nominated films and performers followed by one or two safe one-liners. The pair decided to be the anti-Ricky Gervais and paid compliments to several stars rather than serving them with brutal take-downs. But while the jokes were non-confrontational, they also didn’t deliver much in the laugh department and often came across as more awkward than funny. Perhaps a little more brutality would have helped.

SEEWhat do Golden Globes wins (and losses) mean for Oscars?

Oh did land a huge laugh when discussing the box office success of “Crazy Rich Asians,” with a small assist from a reaction shot of Oh’s mother. Oh also delivered a stinging, hilarious barb about Hollywood’s reluctance to give high-profile directing assignments to women. Samberg is the more polished host, but he didn’t actually land the laughs that one might normally expect.

Thankfully, Jim Carrey swooped in to save the opening with a hilarious bit where the comedian, nominated as Best TV Comedy Actor for “Kidding,” was asked to leave his seat in the film section of the ballroom and relocate to the more distant section with all the TV riffraff. Carrey’s hilarious display of sarcasm and rage made one wonder if the Oscars might not have to look too far for a potential host after all.

Things took a more serious turn as Oh closed the opening with an emotional acknowledgement of the growing diversity in Hollywood. “I said yes to the fear of being on this stage tonight because I wanted to be here to look out into this audience and witness this moment of change,” Oh said. “And I’m not fooling myself. Next year could be different — it probably will be. But right now, this moment is real.”

The evening as a whole turned out to be quite the mix of laughs and heart. And if the energy of the evening waned as the ceremony went on — possibly a result of the ceremony’s three-plus hours in length as well as a never-ending supply of alcohol as Bill Murray demonstrated — it certainly reignited following the stunning upset by “Bohemian Rhapsody” in the Best Film Drama category at the end of the night.

Appearances of Samberg and Oh became more sparse as the evening progressed– not a surprise considering that the show had a lot to pack in, including not one, but two lifetime achievement awards. However, Oh did get a second emotional moment on the stage as she accepted her Best TV Drama Actress prize for “Killing Eve,” delivering an ecstatic and heartfelt speech in which she thanked her parents, who were beaming with pride as she bowed to them.

Heartfelt speeches were the order of the evening. Best Movie/Limited Actress winner Patricia Arquette (“Escape at Dannemora”) was effusive in her praise of her director Ben Stiller, who presented her with the award. Best TV Supporting Actor winner Ben Whishaw (“A Very English Scandal”) thanked the real-life Norman Scott, whom he plays in the series, calling him a “true queer hero and icon.” Best Director champ Alfonso Cuaron (“Roma”) tearfully thanked Mexico for being the “very complex lab that shaped and created” him.

Regina King (“If Beale Street Could Talk”) aced her “Oscar audition” with a funny and emotional speech that included thank yous to her director Barry Jenkins for making a film that allowed her son Ian to see himself on-screen. It should also be noted that Ian’s ecstatic reaction to his mom’s win equaled, if not surpassed, her own.

It was the speech of the night until Glenn Close got onstage. The Best Film Drama Actress winner for “The Wife,” who seemed genuinely shocked by the victory, brought the crowd to its feet — twice — as she invoked the memory of her mother sublimating herself and saying that women deserve to have fulfillment, both in their families and their careers. It was a rousing speech that solidified the six-time Oscar nominee’s place in this year’s race.

But it wasn’t all emotion and tears. It seemed only fitting that Best Film Comedy/Musical Actor winner Christian Bale got in some swipes at former Vice President Dick Cheney, whom the actor portrays in “Vice,” describing him as “charisma-free” and likening him to Satan. Cecil B. DeMille Award recipient Jeff Bridges radiated pure joy accepting his honorary prize, thanking his wife and urging the audience to use love to save the planet. It was enough for the subsequent presenter Harrison Ford to proclaim, “Nobody told me that I had to follow Jeff Bridges.”

But Bridges doesn’t get the prize for “Lifetime Achievement Winner to Give the Best Speech.” That honor belonged to Carol Burnett, the inaugural winner of the Carol Burnett Award for her body of work in television. Burnett’s speech exhibited both her graciousness and humor while also commenting on the changes in the television industry and how those changes have made it impossible for a show like hers to exist in today’s landscape. It was a nostalgic speech that also had a tinge of sadness. It was a speech that tugged not just at Burnett’s ears, but our hearts.

2019 Golden Globes: Best and worst dressed on the red carpet 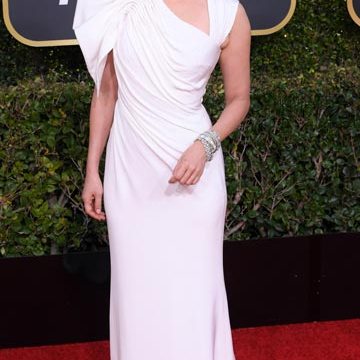