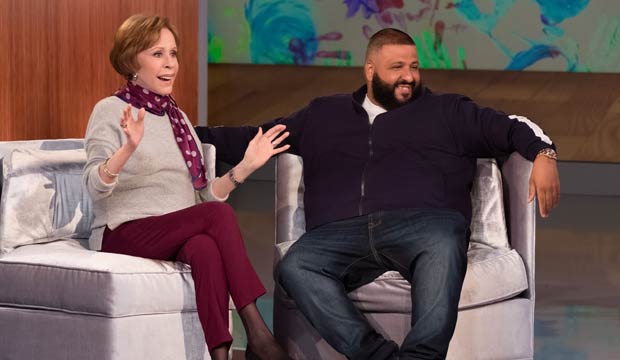 There have only been two Daytime Emmy winners for Best Entertainment Talk Show in the last six years: “The Ellen DeGeneres Show” (2013-2015, 2017) and “The Talk” (2016, 2018). But this year they could both be ambushed by a newcomer, some plucky upstart by the name of Carol Burnett. She’s nominated for her Netflix series “A Little Help,” and if she wins it would be the first Daytime Emmy in the legendary entertainer’s career.

But maybe a better question would be where she’d even put the award if she got it. Over the course of her career she has won six Primetime Emmys, five Golden Globes (plus a new honorary award named for her), two Peabody Awards, a Presidential Medal of Freedom, the Mark Twain Prize for American Humor, a Grammy and the Life Achievement Award from the Screen Actors Guild, to name a few.

Her latest nomination is for “A Little Help,” which premiered in May 2018 and features Burnett leading a panel of children who weigh in on personal dilemmas for celebrity guests like Lisa Kudrow, DJ Khaled, Taraji P. Henson and more. This marks not only Burnett’s first nom in this category but also Netflix’s in its continued bid for showbiz domination. And it looks like they’ll win it on their first try. According to the combined predictions of hundreds of Gold Derby users, “A Little Help” is the favorite to prevail with leading odds of 16/5.

But don’t count out “Ellen” or “The Talk,” both of which have support from some of our Top 24 Users, who got the highest scores predicting last year’s Daytime Emmy winners. In fact, at least one of our Top 24 Users is predicting every single other nominee: six are backing “Ellen,” four say “The Talk” will repeat, one thinks “The Real” will upset, and one likes “The View.” So it could be anyone’s game, but in a field of daily televised shows, Burnett stands out.