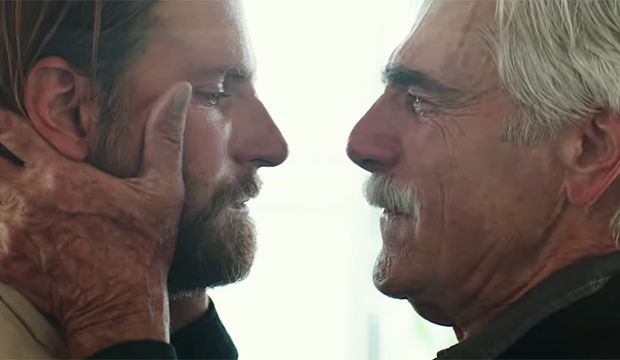 Three years ago, I predicted that British actor Mark Rylance would win the supporting actor Oscar for his performance in Steven Spielberg’s “Bridge of Spies,” which he did. People had said I was overlooking the obvious, that Sylvester Stallone’s seventh and best portrayal of Rocky Balboa would win for “Creed.”

When pressed about my choice, all I could say was that I thought Rylance had given the best supporting performance among the nominees, who also included Christian Bale for “The Big Short,” Mark Ruffalo for “Spotlight,”and Tom Hardy for “The Revenant.”

I also said that I thought his role as the Soviet spy Adolph Abel was the very definition of a supporting role; i.e., a character who elevates and underscores – supports – the main character in the development of a plot.

Rylance, whom I’d known little about before, is mesmerizing in his every appearance in the movie and humanizes his apparent villain in a way that strengthens his relationship with the American lawyer (Tom Hanks) negotiating a spy swap for U2 pilot Gary Powers.

It doesn’t always work this way. Studios often campaign lead actors in supporting roles to improve their odds of winning, or splitting lead actors into two categories to prevent them from canceling each other out.

In politics, it’s called dirty tricks and it is disrespectful to actors in legitimate supporting roles. The most glaring example of this ploy being successful was Timothy Hutton’s win from the 1980 Oscar winner “Ordinary People.” He played the film’s central character, a troubled teen blaming himself for his brother’s drowning death, and the studio’s gambit robbed a brilliant Joe Pesci, whose performance as boxer Jake LaMotta’s older brother in “Raging Bull,” would have otherwise won in a landslide.

There doesn’t appear to be anything like that happening in the supporting male actor category this year, but Fox Searchlight has split two of the three female leads from “The Favourite” to clear the way for British actress Olivia Colman to have a shot at a best actress Oscar. Her co-stars Emma Stone and Rachel Weisz are likely to be on the supporting actress ballot where they will be just as likely to cancel each other out.

So, is there another Mark Rylance lurking among the likely contenders for supporting actor? The ballots for both the Screen Actors Guild and Golden Globes included Mahershala Ali (“Green Book”), Timothee Chalamet (“Beautiful Boy”), Richard E. Grant (“Can You Ever Forgive Me?”), and Adam Driver (“BlackKlansman”). The fifth nominee for a Globe was Sam Rockwell (“Vice”) and for a SAG, Sam Elliott (“A Star is Born”).

SEE Will ‘A Star Is Born’ tie — or break — the record for most SAG Awards wins in one night?

Ali won the Globe Sunday and is the presumptive front-runner for the Oscar. But his is not a supporting role. He’s half of a two-man team – a black jazz pianist virtuoso and his lovable lug of a driver (Viggo Mortensen) — touring the 1960s South and thus the movie’s co-lead.

In “BlackKlansman,” Driver is half of the two-man cop team infiltrating a local chapter of the KKK in early ‘70s Colorado, another co-lead. Chalamet, as a hopeless meth addict, and Steve Carell, as his devoted father, are the co-leads in “Beautiful Boy.” (If Carell is also being considered as supporting, who are he and Chalamet supporting in the movie?).

Of the SAG and Globe nominees, only three are true supporting performances and one, Rockwell as George W. Bush, is such an over-the-top caricature I like his chances better for a Golden Raspberry. His “hot damn!” performance was a missed opportunity, given the fact that the real life Bush played the supporting role to Darth Cheney.

If there is a Rylance in this pack, it’s either Elliott, as the put-upon manager/brother of Bradley Cooper’s addicted rocker in “A Star is Born,” or Richard E. Grant, as the ailing friend who fronts as a salesman for Lee Israel’s letter forgeries in “Can You Forgive Me?”

The surprise of the two is Elliott, who has several moving scenes with Cooper. With his walrus mustache, Elliott has always looked like he was born to play Yosemite Sam, and we’re so accustomed to hearing his whisky baritone voice over TV commercials, seeing and hearing him in a sincere dramatic film role was at first jolting.

Elliott has the visage of the quintessential cowboy and has won five bronze Wrangler awards for his work in Westerns from the Western Heritage Museum. He’s never had an Oscar nomination, however, but if it comes down to him or Rockwell, I’d say he’s going to join the club on Jan. 22.