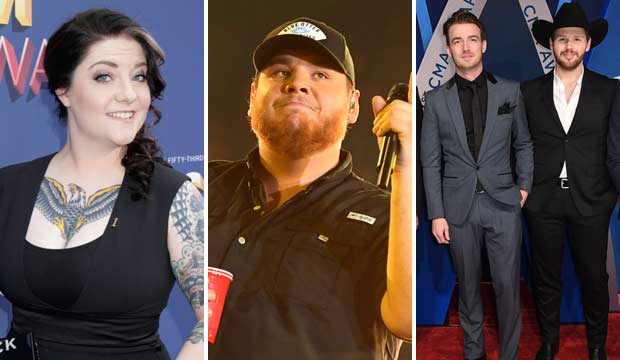 The 2019 Academy of Country Music Awards aren’t until Sunday, April 7, but they have already announced their first winners. Ashley McBryde, Luke Combs and LANCO are the best new artists of the year and will perform during the telecast on CBS.

McBryde claims New Female Artist of the Year, defeating Carly Pearce, Danielle Bradbery and Lindsay Ell. This is her first ACM victory, and by winning this award she follows in the footsteps of Trisha Yearwood, Faith Hill, Shania Twain, Carrie Underwood and Taylor Swift, among others who have claimed this award in the past.

Combs wins New Male Vocalist of the Year against his rivals Jordan Davis, Michael Ray, Jimmie Allen and Mitchell Tenpenny. Past winners of this prize include the likes of Vince Gill, Alan Jackson, Tim McGraw, Brad Paisley, Jason Aldean and Chris Stapleton. This was actually Combs’s second straight nomination in this category, but this is his first win.