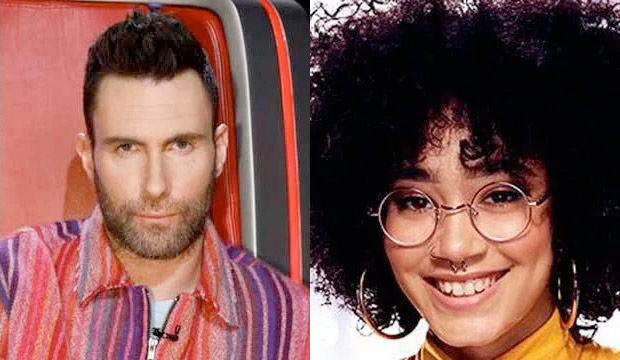 “The Voice” coach Adam Levine took an interesting approach during Tuesday’s results show after Mari sang for the Instant Save … he scolded the show’s fans for putting her there in the first place. “It’s really upsetting that you’re even here right now,” Adam declared after Mari performed Sam Smith‘s “Latch” for the live Twitter vote. He then addressed “everybody out at home voting” by saying, “Because if you have eyes and ears you should never have let this happen.” Mari was joined by LB Crew of Team Adam and Kim Cherry of Team Blake Shelton for this week’s Instant Save as they placed 8th, 9th and 10th of the Top 13.

SEE‘The Voice’ Top 13 results show: Which 5 artists will be eliminated to make a Top 8 on Tuesday? [UPDATING LIVE BLOG]

Adam then pleaded, “Make it right, right now, and make sure that this girl goes through. Man, I just don’t understand. I don’t get it. I’m in shock.” We’ll never know if his words affected the final vote, but the last we saw before the on-screen graphic was removed, Kim led with 39% followed by Mari with 35% and LB with 26%. Is it possible Mari and LB split the Team Adam vote, allowing Kim to advance?

Interestingly, last season when put in a similar situation, Adam threw one of his Instant Save artists under the bus (DeAndre Nico) in favor of the other (Reagan Strange), and America listened to him by keeping the one he wanted. This time around, however, Adam fought for both of his at-risk contestants equally and both were eliminated.

Moments before Mari’s elimination was made official by host Carson Daly, she spoke these final words: “I just want to say thank you, thank you, thank you to everybody who supported me. To Adam, you inspire me, you encourage me. You make me want to be a better artist every single day.”

Adam now enters next week’s Top 8 performance show with no artists to mentor, compared to five for Blake, two for John Legend and one for Kelly Clarkson. In addition to Mari and LB, the other three eliminated artists on Tuesday night were Celia Babini of Team Legend, Oliv Blu of Team Blake and Jej Vinson of Team Kelly.