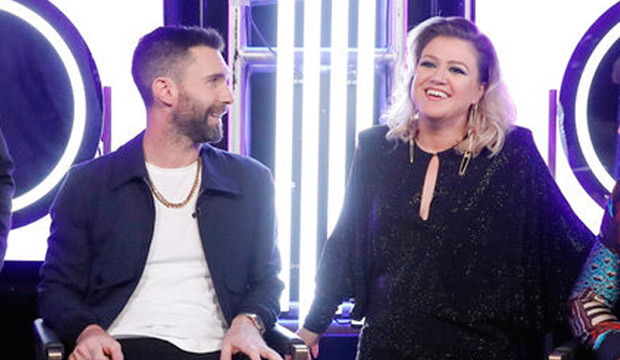 During Tuesday’s final battle episode of “The Voice” Season 16, Adam Levine teased Kelly Clarkson by mentioning “A Moment Like This,” her iconic winning song from the first season of “American Idol.” Following Patrick McAloon and Andrew Jannakos‘ head-to-head battle to Tom Petty‘s “Free Fallin,'” Adam told his two artists, “You guys are both amazing, and honestly I think that when it comes down to a moment like this …”

Kelly cooed sweetly in response to the shout-out, as fellow judge John Legend threw himself into the mix by paraphrasing the song’s next lyrics: “Some people wait a lifetime for it.” Adam then started repeatedly slamming his head into his buzzer. Watch the fun “Voice” moment in the video below.

SEE Get ready for ‘The Voice’ twist that ‘no one will see coming’: Will Knockout rounds be replaced by [SPOILER]?

Kelly smiled back, “I know you listen to it.”

“Every day,” Adam confessed. “I throw it on, I get in the bubble bath.”

“This sounds like a good night in Los Angeles,” John declared.

All joking aside, there was business to attend to as Adam had to decide between advancing either bluesy artist Patrick or country singer Andrew to next week’s Live Cross Battles. The main difference between the two was that Patrick was a “seasoned” pro while Andrew was “a revelation of sorts.”

Adam ultimately chose to keep Andrew on his team, telling him, “With your baritone, it’s astonishing to hear you really nail those super high notes in that classic iconic song.” Later on backstage, Adam explained his decision further by saying, “Andrew shocked this entire panel of coaches. He did an incredible job and he really came through in these battles and that’s gotta be rewarded.”

In his “The Voice” live blog, our recapper Denton Davidson had this to say about the battle: “Andrew begins the song, looking sharp in a white jacket while sounding solid but nervous. Patrick chimes in next with his whispery vocals and higher confidence level. Thankfully they were able to work out their pitch issues and their harmonies seem flawless. Their clear lack of comfort as a duo makes this performance difficult to enjoy, but overall the vocals were solid.”